6. If the KJV is the most accurate then why did the original include the apocrypha at one point and then remove it? Which KJV is the right one?

If the KJV is the most accurate then why did the original include the apocrypha at one point and then remove it? Which KJV is the right one?

The first KJV actually included the apocrypha as an entirely different section. It was basically considered as authoritative as commentary.

Among the reasons that the apocrypha was removed later, and not given authority in the original are the following: None are in Hebrew which was the original language, none claim inspiration from God, none were ever cannon for the Jews, they were never placed in the books of the Bible for the first 4 centuries, there are contradictions within these books alone, they also contradict the cannon of Biblical books, they teach immoral practices.

So the KJV has NEVER actually sanctioned the apocrypha, nor included them as anything more than âextra readingâ such as commentary. 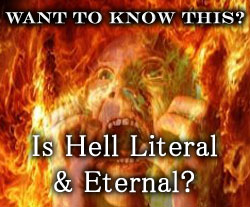