I met my husband on a phone site July 3 2014. 3 months after we met we got married. He was in work release and had a few months till he got out. When he got out we lived with a lady that had bone cancer and we moved in to help her out. Well, a month later she moved in with her folks and a few months after that she passed away. We were asked if we still wanted to rent the place and we said yes. A month later they told us to move.

Then they said it would be nice if we could buy it. We said if they rent to own then we could. So thank you Lord we are buying our place! Then we were at a dollar store putting oil in our truck and a lady from the car dealer shop asked if we ever thought of trading it in. We said no because our credit was bad. She said you just come over and see what we can do.

Long story short we walked out with a 2014 Chevy Cruze. All two weeks before our first wedding anniversary. And as of yesterday my husband just got off probation . So two years God has blessed us with more then we ever had. If I can say anything it is just stand still and let God work in your life. Don’t rush things. Have a blessed day! 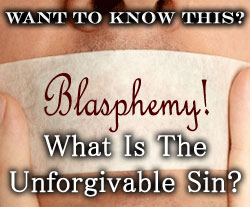