The Abomination Of Desolation

What will happen when the antichrist comes to power? What happens in the first part of the seven year tribulation period? When will we know for sure who the antichrist is? These are questions I hope to answer in this unit.

24 He shall enter peaceably even upon the fattest places of the province; and he shall do that which his fathers have not done, nor his fathersâ fathers; he shall scatter among them the prey, and spoil, and riches: yea, and he shall forecast his devices against the strong holds, even for a time.

A Clear But Unclear Prophecy 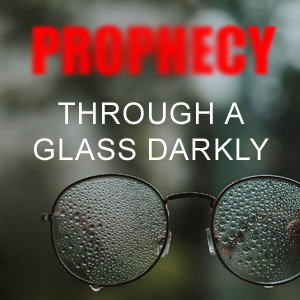 The last line in Daniel 11:24 can be taken a couple of different ways. That’s what makes prophecy interesting. We often don’t know how it will take place until it has. As they say, hindsight is 20/20.

We can assume this means for an unknown period of time the antichrist will simply be making plans on how to take over the nations. But while doing this in secret once he is placed in a position of power he will simply look like any other politician except for the fact that he will seem very generous.

We can also take this to mean that for a period of one year he will be at war invading places. This is because the word time used in Daniel 7:25, Daniel 12:7, Revelation 12:14 refers to a one year period.

So the fulfillment of Daniel 11:24 will be either peaceful or violent. We simply do not know until it happens.

27 And he shall confirm the covenant with many for one week: and in the midst of the week he shall cause the sacrifice and the oblation to cease, and for the overspreading of abominations he shall make it desolate, even until the consummation, and that determined shall be poured upon the desolate.

At some point during this mans reign he will make a covenant (a contract, or deal) with many people. This covenant has a time period that it is to be in effect for. It is a period of 7 years. While we may already have clues to who this man is by how he comes to power THIS is going to be a HUGE clue!

The confirmation of this 7 year covenant (when it goes into effect) is the beginning of the tribulation period. While all of the clues are there that we have entered into this time we still will not be able to say for certain this is the one the Bible spoke of. It will not be until the middle of this period when he breaks the covenant that we will be able to say for certain whom the antichrist is.

The Abomination Of Desolation

3 Let no man deceive you by any means: for that day shall not come, except there come a falling away first, and that man of sin be revealed, the son of perdition; 4 Who opposeth and exalteth himself above all that is called God, or that is worshipped; so that he as God sitteth in the temple of God, shewing himself that he is God.

After the first three and a half years of the covenant this man will cause the sacrifice and the oblation in the new temple to cease, and will setup the abomination which shall make it desolate. This is when all doubt as to whom the antichrist is will be removed from those who watch.

This marks the half way point of the tribulation. This is where things are going to get interesting.

In Revelation 13 we begin reading about the vision John is having where a beast with 7 heads comes up from the water. Then he tells us about a beast coming up from the land that has 2 horns like a lamb but speaks like a dragon.

This vision is to be taken as metaphorical. The Bible gives us the meaning of it though. I will put a link here in the future to a study I plan on doing about the beasts in the Bible. But for now let me just say that the first beast represents (among other things) the antichrist.

The second beast that has horns like a lamb represent a false prophet. He is a religious leader that will promote the antichrist as a god. The antichrist will not even have to say it himself!

At this point the false prophet orders an image to be made. It is supposed to represent the antichrist. The false prophet will âgive this image life.â It will speak and order that anyone that refuses to worship the image and the antichrist should be killed. It is also this beast that orders people to take a mark (the mark of the beast).

At this point I want to point out once again that there are many ways prophecy can come about. We can not know anything exactly until it is done. As the Bible says âWe see through a glass dimly.â

So I want you to be aware that the next thing I’m going to tell you could be wrong. But I’m going to do my best to get it right as far as I can.

You may be wondering about the deadly wound in the head of the first beast that was wounded to death. This may mean the antichrist will be assassinated at the mid point of the tribulation. But God allows him to be brought back to life for a time.

8 The beast that thou sawest was, and is not; and shall ascend out of the bottomless pit, and go into perdition: and they that dwell on the earth shall wonder, whose names were not written in the book of life from the foundation of the world, when they behold the beast that was, and is not, and yet is.

Revelation tells us this beast will ascend out of the bottomless pit. In other words, it will come up out of hell. It makes sense then that this is telling us once again that the antichrist will die and then be resurrected.

10 And there are seven kings: five are fallen, and one is, and the other is not yet come; and when he cometh, he must continue a short space. 11 And the beast that was, and is not, even he is the eighth, and is of the seven, and goeth into perdition.

John is believed to have written Revelation around the year 95AD by many scholars. However, there is more evidence that it was written in 68-69AD. But I’m not going to get into that right now. It is important to understand the actual time of writing though because it helps identify the kings that Revelation mentions.

At the time John wrote the book of Revelation there had been 5 kings of Rome and the 6th (Nero) was currently on the throne. The seventh king to come would be Galba. He would continue a short time and then die. But the Bible tells us one of these 7 would ALSO be the eighth. This would require him to return from the dead!

20 And the beast was taken, and with him the false prophet that wrought miracles before him, with which he deceived them that had received the mark of the beast, and them that worshipped his image. These both were cast alive into a lake of fire burning with brimstone.

With these clues I believe it is safe to assume the antichrist will be killed in the middle of the tribulation period and then God will allow Nero out of the pit to inhabit this mans body. Again, this is only my view point and I could be wrong.

But, Nero was predicted to return one day by the people of his day and his name adds up to 666 if you calculate it. These things combined with his history would seem to fit the descriptions Revelation is giving us here.

Once again, I have simply laid out my own view of the meanings behind these scriptures. I can not say for certain this is what will happen as I personally don’t know the future. But it all seems to add up.

A Warning About The Rapture

Before we continue let me just say that many Christians use the phrase âIf it’s this bad now imagine how bad it’s going to get during the tribulation.â But I want to give a little warning about that.

4 And saying, Where is the promise of his coming? for since the fathers fell asleep, all things continue as they were from the beginning of the creation.

2 For yourselves know perfectly that the day of the Lord so cometh as a thief in the night. 3 For when they shall say, Peace and safety; then sudden destruction cometh upon them, as travail upon a woman with child; and they shall not escape.

The Bible tells us that people will not be aware that THIS is the time. They will be saying the same things they always said, âIf it’s this bad now imagine how bad it’s going to get.â For many people it will not have dawned on them that they are in the tribulation period.

One reason given for this is in 2 Peter 3:4 where it says they say âWhere is the promise of His coming?â This is one reason the pre-rapture doctrine is dangerous. Many who believe in it are going to be saying this. âIt can’t be the tribulation period because there has not been a rapture.â

Take care to not be caught in this trap or the trap of assuming the time is not now. Because as 1 Thessalonians tells us the day will come as a thief in the night. But Matthew 24:43 tells us that we who know these things beforehand should watch and not be caught unaware.

Unit 6B:8 – When Are The 7 Seals Of Revelation Opened OR