The Millennial Reign of Christ

2 And he laid hold on the dragon, that old serpent, which is the Devil, and Satan, and bound him a thousand years, 3 And cast him into the bottomless pit, and shut him up, and set a seal upon him, that he should deceive the nations no more, till the thousand years should be fulfilled: and after that he must be loosed a little season. 4 And I saw thrones, and they sat upon them, and judgment was given unto them: and I saw the souls of them that were beheaded for the witness of Jesus, and for the word of God, and which had not worshipped the beast, neither his image, neither had received his mark upon their foreheads, or in their hands; and they lived and reigned with Christ a thousand years. 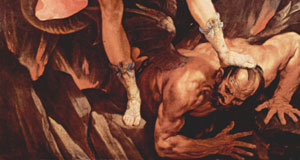 In the book of Revelation we see that Satan is bound and can not tempt anymore for a period of 1,000 years. During this thousand year period we are also told that those who have died will then also reign with Jesus.

There have been many different views on the subject of this millennium. Some believe it’s a metaphor, others believe it is literal, and some believe it has or is already happening.

The first item we need to address is if this is a literal time period or a metaphor. Considering there is nothing in these verses that point to it being a metaphor it’s fairly easy to dispel the thought. However, Isaiah does also speak of this time in a very literal manor as well.

21 And it shall come to pass in that day, that the Lord shall punish the host of the high ones that are on high, and the kings of the earth upon the earth. 22 And they shall be gathered together, as prisoners are gathered in the pit, and shall be shut up in the prison, and after many days shall they be visited.

3 Thus saith the Lord; I am returned unto Zion, and will dwell in the midst of Jerusalem: and Jerusalem shall be called a city of truth; and the mountain of the Lord of hosts the holy mountain. 4 Thus saith the Lord of hosts; There shall yet old men and old women dwell in the streets of Jerusalem, and every man with his staff in his hand for very age. 5 And the streets of the city shall be full of boys and girls playing in the streets thereof.

We are told here that when Jesus returns to earth He will dwell in Jerusalem. While He is there people will age and have children. Also, further in chapter 8 it tells us that people will come to Jerusalem to pray to God. No doubt this is because God is THERE IN JERUSALEM with the people.

Isaiah 33:16-24 also tells us what this time will be like. It’s a time when the righteous will have food and drink. We will SEE king Jesus and the beautiful land. We will not have enemies and there will be no language we do not understand. We will be at peace. We will not suffer sickness. All of these things are written in those verses which I encourage you to read.

In Isaiah 35 we are told that the blind, deaf, and lame will be healed. The desert will be an oasis. The righteous will be able to travel without fear. Isaiah 65:20 tells us there WILL still be death though. There will also still be those who sin during this time.

23 And it shall come to pass, that from one new moon to another, and from one sabbath to another, shall all flesh come to worship before me, saith the Lord. 24 And they shall go forth, and look upon the carcases of the men that have transgressed against me: for their worm shall not die, neither shall their fire be quenched; and they shall be an abhorring unto all flesh.

During the 1,000 year reign of Christ there will be a lot of good things happening. There will be a lot of abundance and many lands will be like the garden of Eden. But, there will also be places where those slain at the return of Jesus will have their bodies placed. Their dead bodies will be burned and rot. They will be seen by the righteous.

During this time there will also be a restoration of the feasts. Those who sin and refuse to worship Jesus will have no rain on their land and they will have a plague on them. So again, we see that there will be sin and death during this time period.

The 1000 year reign of Jesus on earth can not happen until Jesus actually RETURNS to earth. We are going to go into great detail soon on the subject. But for now I just want to establish the understanding that this period of time happens AFTER His return.

4 And I saw thrones, and they sat upon them, and judgment was given unto them: and I saw the souls of them that were beheaded for the witness of Jesus, and for the word of God, and which had not worshipped the beast, neither his image, neither had received his mark upon their foreheads, or in their hands; and they lived and reigned with Christ a thousand years. 5 But the rest of the dead lived not again until the thousand years were finished. This is the first resurrection. 6 Blessed and holy is he that hath part in the first resurrection: on such the second death hath no power, but they shall be priests of God and of Christ, and shall reign with him a thousand years.

The Bible tells us there will be two resurrections. The first at the beginning of this 1000 years and the second one after it. Those who are saved will be raised at the first resurrection when Jesus returns and will rule with Him for a thousand years on earth. But those who are not saved will not yet be raised from the dead.

What Happens After the Thousand Year Reign

7 And when the thousand years are expired, Satan shall be loosed out of his prison, 8 And shall go out to deceive the nations which are in the four quarters of the earth, Gog, and Magog, to gather them together to battle: the number of whom is as the sand of the sea.

At the end of this period of time we see Satan loosed and he gathers all those who he can deceive to battle against Jesus at Jerusalem. Remember, even though Jesus is ruling on earth there are still those who will sin. Those who refuse to worship Jesus.

9 And they went up on the breadth of the earth, and compassed the camp of the saints about, and the beloved city: and fire came down from God out of heaven, and devoured them. 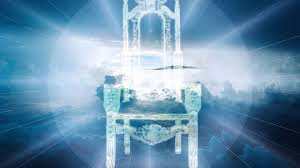 At this time God in heaven is seen on His throne. The earth and heaven itself are removed. It’s as if all of creation is being ripped apart showing the King behind it all. This is when God will once more destroy the earth. This time with fire instead of water.

12 And I saw the dead, small and great, stand before God; and the books were opened: and another book was opened, which is the book of life: and the dead were judged out of those things which were written in the books, according to their works. 13 And the sea gave up the dead which were in it; and death and hell delivered up the dead which were in them: and they were judged every man according to their works. 14 And death and hell were cast into the lake of fire. This is the second death. 15 And whosoever was not found written in the book of life was cast into the lake of fire.

At this point those who died during the Millennium will be raised from the dead along with all others who were not raised at the beginning of it. Those not found in the book of life are cast into the lake of fire. And, death has finally been defeated. Those who lived during the Millennium who were found in it did not suffer the second death. The first verse of chapter 21 in Revelation tells us that this is when God also creates a new earth and new heaven.

So we have established what the 1,000 years will be like. We have said it will begin at the return of Jesus. We have also talked a little bit about what happens AFTER this time.

But what events take place before it? What will the return of Jesus look like? When will it happen? Some of the more controversial doctrines on end times are about to be looked into as we go to the next lessons.

Continue To Unit 6A:5 – Who Will Occupy the Millennial Kingdom OR