Can a Woman Preach

I had always wondered can a woman preach according to the Bible? It seems to preclude them from such roles in certain verses. Is it possible that God has really forbidden women from taking up those roles? Let’s open the Bible and find out.

Yep, I’m not going to dodge this one! It seems so black and white doesn’t it? It’s funny how this one set of verses has been such a subject of contempt. The world uses them to say God is sexist. They say God treats women as less than a man. But by the time you finish reading this you are going to see it in a whole new light!

Is It Right for a Woman to Preach

First, let’s talk about some of the things people have said about it. There are those who have tried to justify it by saying it doesn’t apply to us. They say that the women he was speaking of in this letter were being unruly and causing disruptions during church. Therefore he was telling them SPECIFICALLY that they should remain silent.

The problem with this line of thinking is that Paul isn’t saying âI suffer not a woman in your church to teach.â Paul is speaking generally of all women here.

Then there are others who believe it to be very clear that the Bible says women are to be in silence. They will refuse to allow a woman to teach, preach, give prophecy, or even speak in tongues and give the interpretation of it. Women are, to them, commanded to take a back seat.

Ministry out of Love

5 Now the end of the commandment is charity out of a pure heart, and of a good conscience, and of faith unfeigned: 6 From which some having swerved have turned aside unto vain jangling; 7 Desiring to be teachers of the law; understanding neither what they say, nor whereof they affirm.

Let’s go back to the first chapter. Paul is speaking here of people who desire to be teachers, but not out of love. They have become âvain janglingâ as he puts it. We find him speaking the same kind of thing in 1 Corinthians 13.

In verse one he says if he speaks without love he is like sounding brass, or a tinkling symbol. In other words, vain jangling. In verse 2 he says even if he were to prophesy without love he would be nothing. Put simply, Paul tells us that any form of ministry without love is vain.

4 Charity suffereth long, and is kind; charity envieth not; charity vaunteth not itself, is not puffed up, 5 Doth not behave itself unseemly, seeketh not her own, is not easily provoked, thinketh no evil;

Right after Paul tells us that without love (charity being another word for it) we are nothing he tells us what love is. Or rather, what love does.

Take special note that love doesn’t envy, doesn’t vaunt (boast itself, or be proud), and it doesn’t puff up (doesn’t seek to be âlarge and in chargeâ). 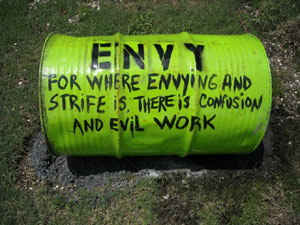 I’m going to confess something here. This is something I didn’t even know about myself until I became crushed in ministry. I used to envy pastors. I felt they were something not only look up to but to aspire to be.

In my mind, a pastor was someone that was close to God and doing great work for Him. There isn’t anything wrong with that. BUT when you start to envy another person for their relationship with God it’s a good indication yours isn’t where it needs to be!

I thought of how great they were to be doing the work God called them to do. Like many people, I held them to a higher standard than the rest of the church. I envied their greatness with God and men. I didn’t even know that’s what I was doing!

But it caused me to have a big problem when God finally DID call me into ministry. Because I had this idea that the pastor was âlarge and in charge.â I would tell myself how humble I am and try to trick myself into believing it. But there was pride lurking in my heart. I even used my knowledge of the Bible to humiliate and tare people down!

It hurts to admit that. But it’s the truth. What I was doing in ministry was not filled with love. At least not the kind of love it should have been. Yes, I loved the people and wanted to do right. But who was I to put myself in a place as if I were over them to help them up?

In verse 5 you see everything this caused. I behaved unseemly towards others, I tried to put myself in a position to lead, and such desire brought suspicion and provoked me to attack others. All because I wanted to be âin ministry.â

Who Can Really Be in Ministry

Going back to 1 Timothy chapter 1 we find that Paul goes on to speak about how God placed him into the ministry. He says the following words that I also understand fully.

12 And I thank Christ Jesus our Lord, who hath enabled me, for that he counted me faithful, putting me into the ministry; 13 Who was before a blasphemer, and a persecutor, and injurious: but I obtained mercy, because I did it ignorantly in unbelief. 14 And the grace of our Lord was exceeding abundant with faith and love which is in Christ Jesus. 15 This is a faithful saying, and worthy of all acceptation, that Christ Jesus came into the world to save sinners; of whom I am chief.

Paul went from one kind of ministry to another! First, against Christians and then with them.

1 I exhort therefore, that, first of all, supplications, prayers, intercessions, and giving of thanks, be made for all men; 2 For kings, and for all that are in authority; that we may lead a quiet and peaceable life in all godliness and honesty.

In verse 1 he uses the word âtherefore.â In other words, because of what I just spoke about. What did he just speak about? The entire theme of the first chapter was that we should do ministry out of love. And remember what love does NOT do?

Guess what Paul just did here. He put us all in our place! He is letting us know that we aren’t whatever we think we are. We are simply humans.

8 I will therefore that men pray every where, lifting up holy hands, without wrath and doubting.

Act in love! Don’t seek to be lifted up in a position of authority. If God wants you there then He will put you there. But don’t try to go after it on your own.

Back to Women in Ministry

9 In like manner also, that women adorn themselves in modest apparel, with shamefacedness and sobriety; not with broided hair, or gold, or pearls, or costly array; 10 But (which becometh women professing godliness) with good works.

Now we are coming full circle. We are about to understand why Paul REALLY said what he did about women. Notice the words âIn like manner.â Paul is saying in the same way that I just told the men to act the woman should also act! 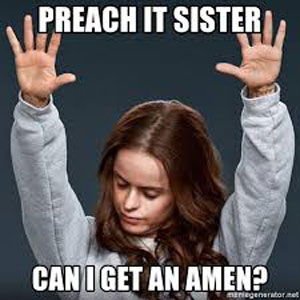 Paul isn’t telling us a woman cannot be used by God to teach, preach, or give prophecy. Paul is telling us that women are to respect the authority already in place (just as men should do).

But if God so happens to put them in a position of such then just like with a man they are to obey God.

Can a Woman Be a Pastor

Before I stop here I also want to address one other thing. Going on into 1 Timothy chapter 3 it speaks of the qualifications for a Bishop. One such qualification is that he be the husband of one wife.

Some may believe this means a woman can not hold that position because she can’t have a wife. But consider that Paul had no children or wife. In fact, many of the people in ministry through the Bible had no children or wife. So perhaps Paul isn’t requiring them to be married, but he is just trying to say that if they are then they should be like this?

So here is the conclusion of the matter. The Bible doesn’t tell women that they can not be in ministry. The Bible simply tells them not to seek to be in a position of authority like that. Just as it tells men not to do. 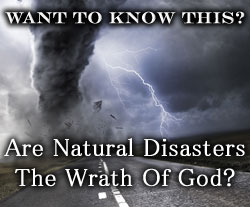