The Plan of Salvation

In unit 2 we talked about hell. We know that weâre all destined to go there. But, wouldnât it be great if there was a way we could escape?! What is the plan of salvation for us?

The Bible says that hell is a place of eternal torment. There is no escape. So the only way to be saved from this place is to never go there! But, since hell is punishment for the wicked, and we are all sinners, we have no hope of avoiding this place when we die. At least, not based on our own abilities to be righteous.

6 But we are all as an unclean thing, and all our righteousnesses are as filthy rags; and we all do fade as a leaf; and our iniquities, like the wind, have taken us away.

23 For the wages of sin is death; but the gift of God is eternal life through Jesus Christ our Lord. 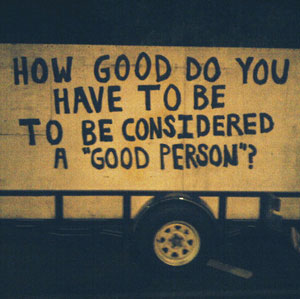 1 Dead flies cause the ointment of the apothecary to send forth a stinking savour: so doth a little folly him that is in reputation for wisdom and honour.

Ointment is like a medicine. The word apothecary basically means âsomeone who sells medicine.â If one fly were to get into that medicine and die it would contaminate the whole thing. This is how our sin is. Though the medicine is good, just like we may be “good,” it must be thrown out. In the same way, one sin will contaminate us and we will not be worthy to escape death and hell.

This is why it is impossible for us to save ourselves. Even the best of us have sinned. So what is the gospel?

The Plan of Salvation in the Old Testament

1 For the law having a shadow of good things to come, and not the very image of the things, can never with those sacrifices which they offered year by year continually make the comers thereunto perfect. 2 For then would they not have ceased to be offered? because that the worshippers once purged should have had no more conscience of sins. 3 But in those sacrifices there is a remembrance again made of sins every year. 4 For it is not possible that the blood of bulls and of goats should take away sins. 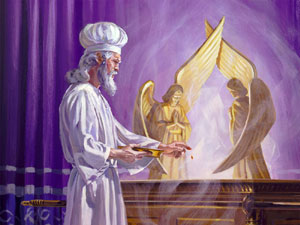 In the Old Testament, the law said that when you sin you owe a debt of death. This debt could be paid by the death of an animal in place of the person. But, while this may have paid the debt for sins committed in the past it could not pay the sins of the future. That is because the same blood would have to be offered again. This is why every year a new sacrifice had to be made.

The priest would go into the tabernacle and offer the blood. Then he would walk out. So no one would be offering that blood anymore. It is because of this that one sacrifice could not be enough to pay for all the sins of the people. No priest could continually offer the sacrifice because the priest would eventually die.

23 And they truly were many priests, because they were not suffered to continue by reason of death:

But, even more than that, these sacrifices could not purge men of their desire for sin. These sacrifices were rituals that could be done with no thought given to its meaning. The law was written in stone, but it was not in the heart of men to follow it. And, the Bible says that God would rather have obedience than sacrifice.

People thought that they could sin and everything would be OK as long as they made their sacrifice. God was not pleased with them or their sacrifices because of this. At least, not those who used their sacrifices as a way to keep sinning. Have you ever heard someone say, âIâm going to sin now and repent later?â This is not something God is pleased with. This attitude is not acceptable to God. This is NOT the plan of salvation.

Some people were accepted, however, but not solely based on their sacrifice. Those who did not only offered a sacrifice as payment but also had the desire to obey God were accepted. They didn’t use the sacrifice as an excuse so that they could sin. They used it as payment for the sins that they would rather not have committed at all.

The difference between the two types of people is that one person wants and tries to obey God through faith. The other person wants and tries to disobey God, and yet still get away with it because of works. âIâm OK because I did the work of offering that sacrifice. I worked to be able to sin!â In Godâs mercy and righteousness, He does not to allow people use rituals that mean nothing to them as a means of forgiveness. We can not get away with sin simply by going through the motions of ritualistic sacrifices.

The Plan of Salvation in the New Testament 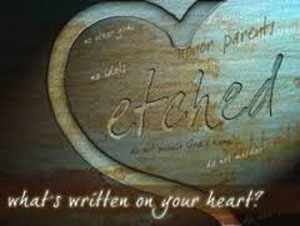 The difference in the sacrifices between then and now is that one sacrifice is now enough for all sins! The sins of the past, present, and future are all paid for under one sacrifice. This is made possible because of the death and resurrection of Jesus Christ.

In the Old Testament, the priest would offer the blood one time per year. But, after that blood was offered the priest would walk out and the people would sin again. This meant they needed another sacrifice to cover those new sins since the previous sacrifice had stopped being offered.

26 For such an high priest became us, who is holy, harmless, undefiled, separate from sinners, and made higher than the heavens; 27 Who needeth not daily, as those high priests, to offer up sacrifice, first for his own sins, and then for the people’s: for this he did once, when he offered up himself. 28 For the law maketh men high priests which have infirmity; but the word of the oath, which was since the law, maketh the Son, who is consecrated for evermore.

This is why the blood of Jesus, His death, was a worthy substitute for us. This is what made Him able to die for us and have His blood be the payment for our sins. This is, and always has been, the plan of salvation. 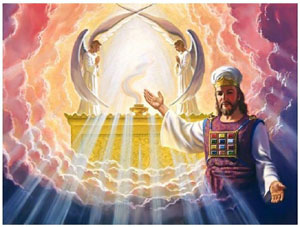 Remember, though, the reason those sacrifices had to be made over and over is because the priest would stop offering that blood. So no one was standing before God anymore saying, âLook, here is the blood sacrificed for the people. Forgive them.â There was no longer someone going to God to ask for our forgiveness.

What is different about this now is that the priest no longer leaves. He no longer stops advocating for us. He stays before God, always making intercession for us. And, because of this, there is no need for another sacrifice. Because He died once, and that one sacrifice is always being offered before God.

3 Concerning his Son Jesus Christ our Lord, which was made of the seed of David according to the flesh; 4 And declared to be the Son of God with power, according to the spirit of holiness, by the resurrection from the dead:

11 And every priest standeth daily ministering and offering oftentimes the same sacrifices, which can never take away sins: 12 But this man, after he had offered one sacrifice for sins for ever, sat down on the right hand of God; 13 From henceforth expecting till his enemies be made his footstool.

Because of the resurrection of Jesus, we have a priest that will never die. He went to God with one sacrifice, but unlike the priest of old Jesus sat down on the right hand of God. His blood, therefore, is still being offered. He died once, but that one sacrifice is still active and able to cover our past sins, present sins, and future sins. Because, He continues, forever, interceding for us.

People in the Old Testament could never be saved by the sacrifice alone. It was only an act of obedience showing repentance. They had to have a heart that was turned towards God in faith. And, they had to have a new sacrifice every time they sinned.

How could they be saved? It was by grace, through faith, then just as much as it is now. Consider Abraham. He believed God, and it was counted as righteousness. Payment by death would still be required, but God had promised salvation to us. So people looked ahead in faith towards Jesus. God was going to make a way of salvation for them.

They looked forward in faith towards Jesus, believing that His future sacrifice would cover their sins. Where God is, outside of time and in eternity, everything in the future has already happened. Because there is no past, or future, only eternity. So even those who believed then, on Jesus who would come later, would be saved. Because they trusted in God. Even their sins are under that same blood.

Of course, this study just attempts to explain how the way was made for us to be saved. God did His part by offering Himself as the perfect and sinless sacrifice for us. Then He was raised from the dead to be our eternal high priest. But, what part do we play in our salvation? That information is going to be covered in the next few courses.


2 responses to “The Plan of Salvation” 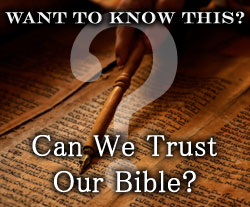