You may have noticed that when you see places in the Bible where God speaks to people it is often done through the mouth of a prophet. Some notable exceptions, of course, would be Moses, Isaiah, and Paul among others. But then, these were the people He used to speak through anyway.

So letâs ask a question. Why does God choose this method, and the method of scripture (written by the prophets), rather than the audible voice of God?

18 And all the people saw the thunderings, and the lightnings, and the noise of the trumpet, and the mountain smoking: and when the people saw it, they removed, and stood afar off. 19 And they said unto Moses, Speak thou with us, and we will hear: but let not God speak with us, lest we die. 20 And Moses said unto the people, Fear not: for God is come to prove you, and that his fear may be before your faces, that ye sin not. 21 And the people stood afar off, and Moses drew near unto the thick darkness where God was. 22 And the Lord said unto Moses, Thus thou shalt say unto the children of Israel, Ye have seen that I have talked with you from heaven.

33 Did ever people hear the voice of God speaking out of the midst of the fire, as thou hast heard, and live?

Moses and Israel, at this time, were the only people whom God spoke to audibly like this. We are told that the reason is because no one could hear the actual voice of God Himself and live. This is one reason why He does not often do this. 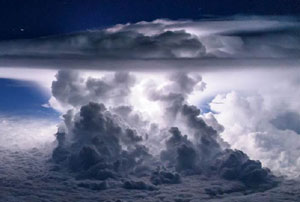 When we read through the account of this event in scripture we see that the people heard the voice, but did not see God. What they did see was thick clouds and darkness, with lightning and fire. God spoke through the clouds and fire to them. But God called Moses to come into the cloud itself, where God would speak directly with Him.

So even in this event, the people heard the voice, but it was far from them, and not even directed at them. This is Godâs mercy in allowing them to somewhat hear Him, but still live.

The people asked for God not to speak anymore like this. They feared they would die. In verse 28 God says that the people have said correctly. So we can know that one reason God speaks to us through other ways is because if He spoke audibly to us then we may be in danger of death.

Now, why would we be in such danger? Why were the prophets not in danger like this?

29 O that there were such an heart in them, that they would fear me, and keep all my commandments always, that it might be well with them, and with their children for ever! 30 Go say to them, Get you into your tents again. 31 But as for thee, stand thou here by me, and I will speak unto thee all the commandments, and the statutes, and the judgments, which thou shalt teach them, that they may do them in the land which I give them to possess it.

God makes this statement after saying that they would die if they heard Him. The heartbreaking sound of longing in the words of God here show us how much He wants to be able to speak with us face to face. But why doesnât He?

In verse 29 He tells us why. If only we had a heart for Him and feared Him, and kept His commandments. But since there was not, He said to send them away while He spoke only to Moses. 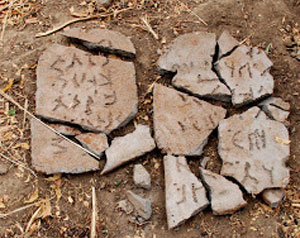 This is a two-way street. If we are separated from Him then He is also from us. It is because of the mighty Holiness of God that He hides from us. Because if not, we would be consumed because of our sins.

That is why God doesnât do this. But why did He speak to Moses like this? Moses wasnât sinless either. He LITERALLY broke every single command (I hope you get the humor there)!

7 My servant Moses is not so, who is faithful in all mine house.

Wherefore, holy brethren, partakers of the heavenly calling, consider the Apostle and High Priest of our profession, Christ Jesus; 2 Who was faithful to him that appointed him, as also Moses was faithful in all his house. 3 For this man was counted worthy of more glory than Moses, inasmuch as he who hath builded the house hath more honour than the house. 4 For every house is builded by some man; but he that built all things is God. 5 And Moses verily was faithful in all his house, as a servant, for a testimony of those things which were to be spoken after;

There was something about Moses that was different. He was “faithful in all of Godâs house.” Now, what does that mean? It means he was obedient to do all that God commanded. But, even Moses was not allowed to enter into the promised land, because of one time when he failed. Jesus never did fail, though!

But this is the difference between us and Moses, Elijah, Elisha, Isaiah, and all the rest of the prophets. It is those who will be obedient, who will have a heart after God, who will fear God that He will speak with. These alone are able to hear when God speaks.

5 Then said I, Woe is me! for I am undone; because I am a man of unclean lips, and I dwell in the midst of a people of unclean lips: for mine eyes have seen the King, the Lord of hosts. 6 Then flew one of the seraphims unto me, having a live coal in his hand, which he had taken with the tongs from off the altar: 7 And he laid it upon my mouth, and said, Lo, this hath touched thy lips; and thine iniquity is taken away, and thy sin purged. 8 Also I heard the voice of the Lord, saying, Whom shall I send, and who will go for us? Then said I, Here am I; send me.

It is through the mercy and forgiveness of God that these people were counted worthy. They gained this because their heart was for God, and they feared Him to keep His commands. Even if they sinned, they could be forgiven and in fellowship with God.

Now, does God still speak to people with His thundering voice? Well, the answer is that if He wants to then He can, and will. But is there a reason to do so when it would scare you away? God tends to speak less with the thunder, lightning, and fire than He does with a “still small voice.” 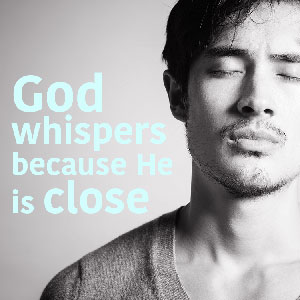 Why speak to His people with terror, when He could speak to us in peace and softness?

To sum this up, God has, can, and will again (according to scripture) speak in this audible, thundering way. But because of the limitations of men He often chooses to send His word by the mouth of people who have a heart for Him. To these people, He speaks in a number of ways, … but the thunder is often not needed.

One other thing I have not mentioned is that angels are also able to speak the words of God, as they are also His servants. Often these events come when something stronger than the word of a man saying âThus saith the Lordâ is needed.

God also doesnât often send a prophet to prophesy to a prophet. There are many reasons for this, and I am not saying it would never happen, but often itâs not a good thing if it does happen. David had this happen, and it was because he had sinned.

So to sum this up, it isnât common for God to thunder His voice to us. In doing so He may do more harm than good. We could not handle His thundering voice. Even if we are forgiven of sins there is no reason to thunder at us. Finally, there are those who have asked to speak with God like Moses did. God reserved this for Moses alone though according to the scriptures.

God does still speak to people in many ways, though. He speaks through scripture, prophets, and in a still small voice which we are going to talk about as well. So while God may not always thunder His voice at us, He does still speak.

Our next unit will examine the still small voice of God spoken of by Elijah. We have so much more to cover! We havenât even begun to scratch the surface. In fact, unit 4 is about the Holy Ghost. All of this is merely information to lay the foundation for when we begin to speak of Him and His gifts! 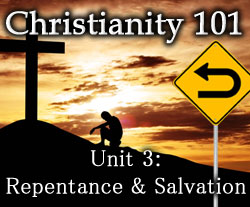