There are a lot of reasons people can give for why they donât believe in the God of the Bible or the Bible itself as His word. To those people, their reasons seem very valid. They believe them to be absolute truth (even if they may claim there is no absolute truth).

But the real root of why they may not believe these things is, normally, not the reason they may give. Now, they believe with all their hearts that it is, but belief in something does not make it true. So as I am about to tell you about their reasoning please remember that all of it is only what is on the surface.

These are some of the reasons that you will hear:

1. They believe the God of the Bible is unrighteous. This because of a lack of understanding things that they find in the Bible. Many of these things speak of the issues of slavery, abuse, rape, sexism, and even eternal judgment for sin.

2. They believe it is outdated and not relevant to our current culture. They believe that the things written in the Bible were only for the people of that time and so it does not apply to us today. In effect, it is like saying we donât need the God of the Bible.

3. Because they see no affirmative answer to their prayers or the prayers of others they conclude that the Bible is not true. So they think God is not there. This is due to a lack of understanding, both on their part and on the part of many Christians, about how prayer and miracles work.

4. They believe science has proven the Bible to be unreliable.

5. They believe there are contradictions in the Bible, that the Bible is not inerrant nor does it claim to be.

6. They also believe the Bible can not be trusted because it has been copied and translated by men so often.

I donât believe I have ever heard a reason given that doesnât fall into one of these areas.

9 Even him, whose coming is after the working of Satan with all power and signs and lying wonders, 10 And with all deceivableness of unrighteousness in them that perish; because they received not the love of the truth, that they might be saved. 11 And for this cause God shall send them strong delusion, that they should believe a lie:

Each one of those âreasonsâ is a lie. They are backed up by powerful signs and lying wonders. They cause a strong delusion for those who are able to be deceived by unrighteousness.

12 That they all might be damned who believed not the truth, but had pleasure in unrighteousness.

Why would God send strong delusion? Many would claim that it is to cause people to go to Hell just because they donât believe something. They make the claim that these verses prove God is the one who makes it impossible for some people to be saved. That would means He wants some people to perish.

Try to understand that. God didnât cause them to be in unbelief. Their unrighteousness caused them to believe a lie. This was because the truth was not something they wanted.

The Devices of Satan

11 Lest Satan should get an advantage of us: for we are not ignorant of his devices.

Satan has been using the same tricks from the very beginning. He has the same devices to trap and trick people. Each of the reasons given above is part of these devices. They all fall into one of the methods he uses.

If we want to understand what those devices are we donât have to look any further than the beginning. This is when man was first tempted to fall.

1 Now the serpent was more subtil than any beast of the field which the Lord God had made. And he said unto the woman, Yea, hath God said, Ye shall not eat of every tree of the garden?

Device number 1 is Subtlety – This means Satan does not tell you everything. He doesnât tell you his purpose. He comes to you with grace and doesnât seem like a threat. After all, he is just asking you questions. You would never know that his questions are designed to lead you into a certain way of thinking. This is his entrance to begin using his next tricks.

Device number 2 is Ignorance – If you do not know the word of God then how can you stand against Satan? An incomplete understanding will cause you to be easily tricked by this device. This is one of the reasons people believe there are contradictions in the Bible. It is because they are not knowledgeable as to how the verses connect, or what they say.

Device number 3 is Doubt – Satan basically accused God of being wrong, or at the very worst a liar. Did Eve have any reason to doubt the snake? She knew what God said, but she didn’t understand the real power of evil. What was it like to die? Would it really be that bad? Maybe it would be worth it? Again, there is that subtlety.

5 For God doth know that in the day ye eat thereof, then your eyes shall be opened, and ye shall be as gods, knowing good and evil.

Device number 4 is Self Righteous Wisdom (and pride) – We believe that we can decide for ourselves what is right or wrong. So we lean on our own understanding. If we donât understand something then we may choose not to believe it. This device uses our own thoughts against us. If we believe something, then we think it is true even if it isnât.

This is one of the final blows that Satan delivers. He tells us we know better than God. He says to trust your own mind and heart. Incidentally, this also makes it hard for others to reach us.

6 And when the woman saw that the tree was good for food, and that it was pleasant to the eyes, and a tree to be desired to make one wise, she took of the fruit thereof, and did eat, and gave also unto her husband with her; and he did eat.

Device number 5 is Pleasure In Sin – The lure of sin is a horrible trap. It seems good and pleasant, but the end is death. It will trap you and keep you until you wither away.

7 And the eyes of them both were opened, and they knew that they were naked; and they sewed fig leaves together, and made themselves aprons. 8 And they heard the voice of the Lord God walking in the garden in the cool of the day: and Adam and his wife hid themselves from the presence of the Lord God amongst the trees of the garden. 9 And the Lord God called unto Adam, and said unto him, Where art thou? 10 And he said, I heard thy voice in the garden, and I was afraid, because I was naked; and I hid myself.

Device number 6 is Fear and Guilt – Once you have fallen to any of his other devices you stand a good chance of falling for this last device. This is when Satan will tell you that God will not forgive you and that you need to avoid Him.

How Does the Devil Attack

Device 1 – This is only the first stage of the attack. It is the entrance of Satan to tempt.

Device 2 – This is where you will see people claim that the Bible is full of contradictions, errors, and lies. These beliefs may be further backed up by them through their experiences. They may believe their own experience proves the Bible wrong when they pray for things and do not get an answer. This, of course, is only a further lack of knowledge and understanding of God and His word, though.

Device 3 – Here is where you will find many people that doubt the Bible can be trusted. Their beliefs are swayed because of a doubt. These doubts come in the form of a lack of trust in the Bible because of the methods it has been delivered. They claim it can not be trusted because it has been copied and translated by men over the years. They are also susceptible to the reasoning of men who claim science has proven the Bible to be untrue and unreliable. How ironic that they donât believe they can trust men enough to believe the Bible but they can trust men to deny it.

Device 4 – This is where people like to argue against God on moral grounds. They believe themselves to be a better judge of right and wrong than God, who makes the rules. They claim God is unjust in His views on slavery, punishment, rape, women, and all kinds of other issues. They also make the claim that the Bible is no longer needed or relevant to our modern society since we are so much more advanced than we used to be.

Device 5 – This is where many people are. They know the word of God is true and believe it. They even know they need Jesus. But they just donât want to give up their pleasures. They refuse to repent. Many people think that they will do so on their deathbed. But sin has a way of keeping you from God.

Device 6 – Here is the saddest of all devices to me. These people know deep down that they need Jesus, but they reject Him anyway. They do not want to talk about God or even think about it. So they either avoid Him altogether, or they fight Him with the same devices of their father the Devil.


3 responses to “Devices of Satan” 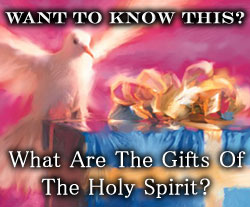