Is Christmas A Pagan Holiday

Why? Because the Christmas tree, the toys given to children, Santa Clause, and his 8 tiny reindeer (sorry Rudolph) had nothing to do with Jesus originally. Neither does the Easter bunny, for that matter. No, Christmas was originally a pagan celebration (if you can call it that).

Iâll tell you why it doesnât matter in a moment, but first let me explain the origin of Christmas.

Romans had a holiday known as Saturnalia, it was a time of lawlessness between December 17-25. During this holiday no one would be punished or brought to court for anything they did. This meant you could pretty much do anything you wanted.

During this time each community would select a sacrifice. A person that they would force to indulge in every kind of pleasure they could and then on December 25th they would kill them. This was thought to be a method of destroying evil. 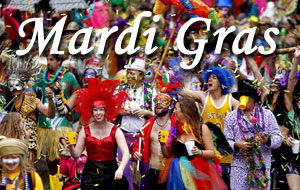 If you have ever been to New Orleans LA. or Mobile AL. then you know about something called Mardi Gras. Itâs a time of Parades where people dress in costumes and throw beads, toys, and Moon-pies. Itâs called a family event in Mobile. But this is actually about as pagan as it gets.

The holiday is actually all about gods and goddesses, parties of excessive drinking, and sexual pleasures. I know because I lived in Mobile, AL. most of my life.

So what do the churches in the area do about this? Wait for it…THEY GO OUT AND THROW BEADS!!! What?! Why would they be celebrating such a thing?

Itâs because they want to be ârelevantâ to the culture and use it as a method of âevangelism.â While they are throwing beads and Moon-pies to people they are also trying to preach the gospel. So what you get is a mix of pagan and Christian influences.

This is EXACTLY how Saturnalia became Christmas. People of the time tried to âevangelizeâ the pagans by telling them they could still celebrate this holiday. The only problem is it didnât have anything to do with Christ. So they began to say December 25th was the birthday of Jesus. And Christmas was born. A mix of pagan and Christian influences. 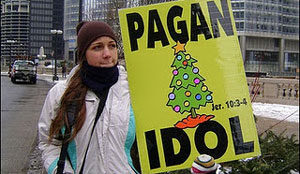 Now obviously this makes many people a little bit confused as to if Christians should celebrate this holiday. On one hand itâs about Jesus and on the other itâs not.

So here is where we get our Bibles out. Should Christians celebrate these kind of holidays?

4 As concerning therefore the eating of those things that are offered in sacrifice unto idols, we know that an idol is nothing in the world, and that there is none other God but one. 5 For though there be that are called gods, whether in heaven or in earth, (as there be gods many, and lords many,) 6 But to us there is but one God, the Father, of whom are all things, and we in him; and one Lord Jesus Christ, by whom are all things, and we by him.

Whether it be eating things sacrificed to idols or eating Santaâs cookies the Bible says these things are nothing and that we know this because God is God alone. Even though these things, the Christmas tree, the stockings hung by the fireplace, and the jolly old elf named Santa are part of pagan culture none of it means anything at all.

As Paul was saying about the idols eating things offered to them means nothing to Christians BECAUSE to us the idol is nothing of importance anyway. Food is food whether it is offered to an idol or not. So if you feel like eating and you happen across a T-bone steak sitting in front of an idol…lunch time. After all, that idol isnât going to do anything about it. 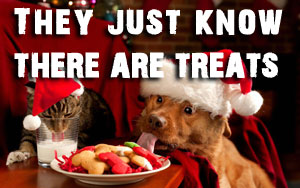 Again in verse 8 here we see Paul tell us that we are neither better off or worse off if we eat those things offered to idols, or in this case put up a pretty tree and enjoy a holiday among family. But then the question is asked, how can a Christian take part in the worship of an idol?

Paul says this is because to some people that idol still represents something. It still has some kind of meaning and therefore some kind of power over them. Thus if they were to take the steak they would be doing so while thinking the whole time âThis is a sacrifice made to an idol.â whereas the other person thinks nothing of it at all.

It is the same for Christmas, Mardi Gras, and any other holiday for that matter. If you take part in it thinking of how pagan it is then you have defiled your conscience. But if you enjoy your pretty tree, holiday cheer, and such and donât think anything of the pagan things it came from then your conscience is clean. Even knowing it came from pagans doesnât change that.

9 But take heed lest by any means this liberty of yours become a stumblingblock to them that are weak. 10 For if any man see thee which hast knowledge sit at meat in the idol’s temple, shall not the conscience of him which is weak be emboldened to eat those things which are offered to idols; 11 And through thy knowledge shall the weak brother perish, for whom Christ died?

Now here is the real question we need to ask: Will celebrating this holiday, or any other day, make someone else sin?

I can picture Paul in this situation. I can imagine him walking with young Timothy around noon time. Theyâve been walking a while, and now find a temple with food inside next to an idol. Paul looks in and says âGreat! Iâm starving!â and Timothy looks shocked at him.

âPaul! Donât you know thatâs been offered to an idol?! How can you think of eating that?â So Paul tells Timothy to wait outside. While he goes in to see.

âDonât come in here Timothy, because if you eat this food you will perish.â he says. Then Paul goes in and eats as Timothy stays outside. Later in the day they are walking still and Timothy starts to feel faint. So Paul reaches into his bag and offers Timothy some bread.

âWhere did you get that? Did you buy it from the last town? Have you been holding out on me?â Timothy asks joking. They begin to laugh and Paul says, âAsk no questions, just eat.â So Timothy is strengthened by the bread that Paul brought from the idol, yet Timothy has not sinned because he did not eat it thinking it came from the idol.

Of course all of that was just an illustration. This story is not in the Bible. But you get the point. Going on into chapter 10 of 1 Corinthians you will see this type of thing played out through verses 27-29.

Now obviously eating a steak offered to an idol and slaughtering a human sacrifice is not the same thing. What God has said in the law is a sin still is a sin. We are accountable to God for these things. But let no man judge you about any holiday, food, or drink so long as you do not sin in these things.

Let us judge this rather…let no man put a cause to stumble in front of his brother. Donât force Timothy to eat, and Timothy should stay outside without judgment while Paul walks in. Because Timothy doesnât know what Paul is doing anyway.

For Christmas I say this: Donât force others to partake, but others need not judge those who do. Because they do not know what the stronger brother is doing. Just because Paul is eating a steak it doesn’t mean he is worshiping the idol.

I was raised as a catholic. In 2017 I fell into a deep addiction & found myself accepting Jesus Christ as my Lord and savior. I never felt the love that I felt for anyone towards Jesus Christ, what he suffered for me, for all of us. I love him so much. I understand the END_OF_DOCUMENT_TOKEN_TO_BE_REPLACED