Who Is the Holy Spirit

Iâve heard a lot of things in my time. One of the worst things I hear often is when someone says, âThe Holy Ghost told me,” … and then they say something that goes completely against the scriptures. In fact, I have even heard people tell me that the Holy Ghost teaches them the truth, and that it has told them not to believe the Bible!

I donât believe I have ever heard anything quite as crazy as that. I spoke with someone not long ago, in fact, that said this. So I asked him how he knew it was the Holy Ghost. I said that you have to test the spirits to see if they are of God. He said that he HAD TESTED it. But, do you know how he tested it? He tested it by his own feelings and intuition.

So before we begin to talk about anything else it would be best for us to cover this subject.

How Do You Know If It’s the Holy Spirit 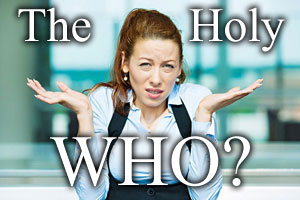 Without someone to first tell us that there IS a Holy Spirit we would not even know the first thing about Him. Sure, we may know that there is some kind of God by looking at nature, but how would we know who He is?

He said unto them, Have ye received the Holy Ghost since ye believed? And they said unto him, We have not so much as heard whether there be any Holy Ghost.

So letâs try to keep this in mind. Unless we were told of the Holy Ghost then we would not even know He existed. Sure, we may feel His presence or His power, but how could we know it was Him and not some other spirit?

In order to know the difference, we are going to have to know who the Holy Ghost is. Again, though, you canât know unless someone tells you about Him. So who has told you about Him?

Sure, you may call another spirit by the name of the Holy Ghost, but that doesnât mean itâs really Him. So if we want to know who the Holy Ghost is then we need to look at the Bible again. What does He say about Himself? What does it say about God?

6 For I am the Lord, I change not; therefore ye sons of Jacob are not consumed.

God does not change. He will not contradict Himself. He will not defy His own word. And thus, we can conclude that nothing which goes against what is in the Bible comes from Him or His Spirit.

Again, this is also something we covered in an earlier unit. There are many who would like to believe that the God of the Old Testament has somehow changed in the New Testament. They will point out His wrath in the Old, but ignore His wrath in the New. They portray Jesus as completely passive and refuse to see the time when the Bible says He made a whip to drive people out of the temple.

How to Test the Spirits

When it comes to doctrine there is a way that we are told we can test it to see if it is from God or not. We already spoke of that in another unit too. But to refresh your memory, let me just say that any doctrine that removes Jesus from being 100% flesh and 100% God does NOT come from the Holy Ghost.

Also, any doctrine that seeks to remove authority from the scriptures (which is the word of God) did NOT come from the Holy Ghost. As we already said, God will not change and will not defy His own word.

Sometimes you have to be able to really dig deep into a subject to know if it is or is not from God, though. His word is amazingly complicated (yet simple) and every verse connects to each other. You may have to track down the reasoning of the doctrine all the way to the source.

If at any point you are left with only 3 ways that it could be true, and those three ways either reject Jesus as both man and God or if you have to reject the scriptures then it is not of God. It did not come from the Holy Spirit.

Testing the Actions of the Spirit

Iâve seen people give a prophecy, dance around like a chicken with their head cut off, and even yell out babble claiming it to be the Holy Ghost. Now, yes the Holy Ghost can have those effects on people. But sometimes itâs nothing more than a good imagination and too much sugar in the kool-aid.

If the doctrine of a spirit can be tested then so can the actions of one. Remember how we test the doctrine? We go to the Bible. If it contradicts the Bible then it isnât of God.

In the same way, if the actions were to contradict the Bible then it is not of God. Has someone claimed to be speaking under the power of the Holy Ghost and given a prophecy that did not come to pass?

16 Thus saith the Lord of hosts, Hearken not unto the words of the prophets that prophesy unto you: they make you vain: they speak a vision of their own heart, and not out of the mouth of the Lord.

They may not even know what they are doing, though! Often we get caught up in our own emotions and feelings. That little voice of impulse in our head can sound an awful lot like the prompting of God! Especially when we are not able to hear well enough through the cloud of our own imagination.

So we shouldnât be too hard on people. Why should we run around screaming âFALSE TEACHER, FALSE PROPHETâ to everyone? Instead, we should be attempting to teach and train these people to bring them out from under that cloud. Do we not have the commission to open blind eyes rather than simply point out that people are blind?

This information will be very important as we cover the power and gifts of the Holy Ghost. So letâs have a little time of practice, shall we?

The Sow a Seed Test

If a person says, âThus saith the Lord, if you will sow a seed of $100 into this ministry I will pour you out a blessing you can not contain!â Are they speaking with the Holy Ghost, or their own imagination?

On the surface, it may seem ok. I mean, God did say He would bless those who gave in the Bible. But wait, … did you really need to be told that God would pour a blessing out on you to get you to do it? Wouldnât that mean you are tempting God to do something because of what YOU did? Isn’t that bribery? 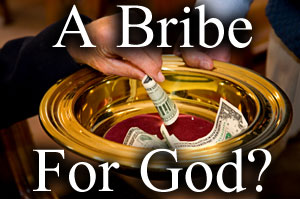 Remember Jesus being tempted by the devil? The devil said, “jump from here and God will send His angels to keep you from hitting the ground. It is written, after all.” But Jesus tested the spirit. It is written that thou shalt not tempt the Lord thy God.

What does that mean? It means if you âsow that seedâ and then expect a blessing from it then you are trying to pay God for His blessing. He will NOT owe anyone, He doesn’t borrow from us. On the flip side, if you give without the expectation, but you did so from a heart of love, then God owes you nothing, but He delights in rewarding good.

If you are driving down the road and suddenly feel that you should turn left instead of right, is it the Holy Ghost?

This one is a little tricky, but the keyword is âfeel.â It could, in fact, be intuition but your feelings are not the Holy Ghost. Feelings come and go. The Holy Ghost does not. When He speaks He does so in a way that you will know that He has done so. His voice isnât a feeling.

What if you have already committed an act of fornication, and now you feel you need to marry the person. But, then you read in the Bible that being married means you will have to care for your spouse, and that may mean you will not have much time for ministry? Is that the Holy Ghost giving you a choice between serving Him or getting married?

Well, does the Bible say you need to marry the person (the answer is yes)? Then why would God be tempting you to sin by being disobedient to His word? Again, this is not the Holy Ghost.

The Voice of God

Those were all just simple practice questions. I hope you knew the answers before you read them. But, the point is that the Holy Ghost does not go against what is in the Bible. His prompting also does not require your emotions or feelings.

Everything we have said here has been to explain only one thing. This has all been about testing the spirit, and specifically if it is the Holy Spirit or not. We have examined many of the things that will indicate what is NOT of God.

In our next unit, we will dive into this a little bit further and talk in more detail about His voice. We will learn what it sounds like and how to be sensitive to it. In other words, we are going to learn how to hear from God WHEN He speaks.

Notice I said âwhenâ He speaks. We are not going to learn how to MAKE Him speak. That would not be possible. But we CAN learn to listen to Him when He does.

Continue To Unit 4:2a – Knowing the Voice of God: The Bible OR 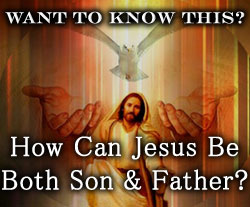