Giving a Blessing to Someone

What do you think of when you think of someone giving a blessing? A lot of people picture the head of a family praying before meal time and asking God to bless the food. Some people may even picture Jacob laying his hands on his grandchildren and giving a prophecy. But do we really understand the giving of a blessing to someone?

Is it a prayer? Is it a prophecy? Or, is it something entirely different? 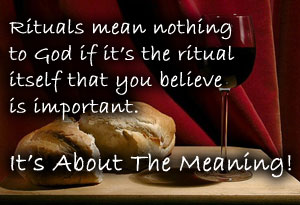 The English definition of blessing is to: pronounce words in a religious rite, to confer or invoke divine favor upon; ask God to look favorably on.

Does that sound familiar? Let’s place the word in context with how we normally use it. âBefore we eat dinner I will pronounce words in a religious rite to invoke favor from God upon the food we are about to eat.â

And God blessed them, saying, Be fruitful, and multiply, and fill the waters in the seas, and let fowl multiply in the earth.

If a blessing is the pronouncing of words in a religious rite, or invoking divine favor, then this would mean God is saying some kind of magic words to force Himself to have favor on man. What a horrible thought! God would literally be FORCING Himself to like us!

Sure, that may not seem far from the truth right now, but at the time God blessed them in this verse there was not a drop of sin in man. In fact, God pronounced them as being good.

This is NOT what the word bless means!

Definition of Blessing in the Bible

“Berakhah,” or “barak” is one of the Hebrew words for bless. The definition of this word is: to kneel, to praise, congratulate or salute.

If you put this definition in the place of the example above then it fitâs the meaning of the verse perfectly.

God was PRAISING man. He liked us and had nothing but good to say about us. That fits with the scriptures perfectly.

For God so loved the world, that he gave his only begotten Son, that whosoever believeth in him should not perish, but have everlasting life.

God LOVES us! In fact, the Bible says that God IS love in 1 John 4:8. He doesnât have to FORCE Himself to have a soft spot in His heart for us.

So when the Bible says that God blesses someone it is saying that God is praising them. Just like a parent will praise their child.

We can not bless God as if we were giving Him anything. But we can kneel before God and praise Him. This is the real meaning of the word bless. It means we are giving praise to another. When we praise someone we are speaking highly of them. We are giving them honor.

So, when we see the words bless, blessing, or blessed then we can know that it means a person has been given praise, congratulated, and honored.

7 Bring me venison, and make me savoury meat, that I may eat, and bless thee before the Lord before my death.

Many people know the story of how Jacob âstoleâ the blessing away from Esau. But when they think of the blessing they often think of the prophecy that Isaac gave to Jacob. But, knowing that a blessing means being praised will help us to understand this better.

Isaac said he wanted to âbless,â his son, Esau, âbefore the Lord.â This means Isaac wanted to tell God how wonderful his son was! It doesnât mean Isaac was giving Esau wealth, power, or anything else.

27 And he came near, and kissed him: and he smelled the smell of his raiment, and blessed him, and said, See, the smell of my son is as the smell of a field which the Lord hath blessed: 28 Therefore God give thee of the dew of heaven, and the fatness of the earth, and plenty of corn and wine: 29 Let people serve thee, and nations bow down to thee: be lord over thy brethren, and let thy mother’s sons bow down to thee: cursed be every one that curseth thee, and blessed be he that blesseth thee.

Isaac praised Jacob before God and then he prays for Jacob. When Jacob says, âGod give theeâ it doesnât mean he is giving God an order. But, it does mean he is making a request. He is asking God to give these things to Jacob. This is PART of his blessing to Jacob.

The blessing wasnât the actual lands, people, wealth, and so on. The blessing was Isaacâs words of praise for Jacob that he spoke before God. While he praised Jacob he also requested that God honors Jacob. Isaac could have blessed (praised) Jacob without making the request to God.

But a part of giving praise and honor to someone is wishing them well. That means you want good things to happen to them. So a blessing is not just the praise of the lips, it is also the praise of the heart in wishing well for someone. Those who knew Isaac knew that God would honor his prayer since it wasnât just lip service. It was a heartfelt prayer for the wellbeing of Jacob.

32 And Isaac his father said unto him, Who art thou? And he said, I am thy son, thy firstborn Esau. 33 And Isaac trembled very exceedingly, and said, Who? where is he that hath taken venison, and brought it me, and I have eaten of all before thou camest, and have blessed him? yea, and he shall be blessed. 34 And when Esau heard the words of his father, he cried with a great and exceeding bitter cry, and said unto his father, Bless me, even me also, O my father. 35 And he said, Thy brother came with subtilty, and hath taken away thy blessing.

Isaac was basically saying that he planned to praise Esau for the meal. But, Jacob got there first and fed him. So the praise went to Jacob. Poor Esau is simply caught in a fight for the praise and affections of his father.

âBless me, even me also, O my father.â Itâs like he is saying, âCanât you speak well of me just as much as of Jacob?â But Isaac couldnât. You may be wondering why.

29 And Jacob sod pottage: and Esau came from the field, and he was faint: 30 And Esau said to Jacob, Feed me, I pray thee, with that same red pottage; for I am faint: therefore was his name called Edom. 31 And Jacob said, Sell me this day thy birthright. 32 And Esau said, Behold, I am at the point to die: and what profit shall this birthright do to me? 33 And Jacob said, Swear to me this day; and he sware unto him: and he sold his birthright unto Jacob. 34 Then Jacob gave Esau bread and pottage of lentiles; and he did eat and drink, and rose up, and went his way: thus Esau despised his birthright. 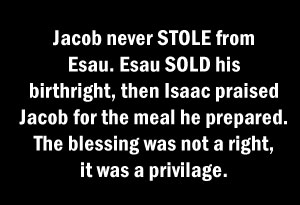 The birthright of Esau was to inherit everything that his father owned. Before he could inherit it, though, it all belonged to Isaac. So Jacob asked Esau to SELL him his future inheritance. Who do you think is going to need to see the receipt?

37 And Isaac answered and said unto Esau, Behold, I have made him thy lord, and all his brethren have I given to him for servants; and with corn and wine have I sustained him: and what shall I do now unto thee, my son?

Isaac said he had made Jacob the lord of Esau, but not necessarily because of telling God what he wanted to happen. It was because Isaac had already given the birthright to Jacob since Esau had sold it. Still, Isaac could also have said this knowing that God would honor the request as well.

In short, giving someone a blessing isnât about the prayer or the prophecy. Itâs about praising someone. You can praise someone in front of others, in private, or before God. But a blessing is not the giving of anything else. It can, however, be the REQUEST, or the heartâs wish, made to God on someone elseâs behalf.

The wealth, health, and so on is simply the result of God giving a person these things because He loves them and wants to honor them. It can also be the result of God honoring the request of the person who blesses the other. This is why we sometimes confuse the blessing of God with prospering. It is because they often go together.

However, God will also speak well of someone and yet allow them to go through TEMPORARY suffering. We see this in the book of Job. So despite the nice saying âIâm too blessed to be stressed.â God can bless you and stress you at the same time!

Donât confuse prosperity with blessing. While someone may be blessed by God it doesnât mean they will be currently prospering. It simply means God speaks well of them. Their prosperity may be yet to come (anyone singing âIâve got a mansion just over the hilltop?”)

In the end, God WANTS to bless everyone. But, only those following Jesus are âblessworthy.â God will allow the wicked to prosper while not blessing them. The blessing is always better than the prospering!

On the flip side of a blessing is something called a curse. We will deal with that in our next unit. 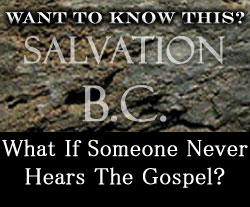