What Does The Bible Say About Homosexuality

As much attention as this subject has had I think it is clear that there are far too many people that do not know what the Bible really teaches on this subject.

Now as far as those who do not care what the Bible has to say anyway I want to invite you to take our Christianity 101 course where you can learn exactly why the Bible IS important to even you. But for the other 2 sides we will examine the subject in the Bible from both angles and see what the scriptures say.

After we know what the Bible says we will examine what our response needs to be to the world around us who may disagree.

Is Homosexuality A Sin

Many have claimed that homosexuality is about love. In fact it is often the battle cry of those who fight for same sex marriage. But is this true?

What does love do?

4 Charity suffereth long, and is kind; charity envieth not; charity vaunteth not itself, is not puffed up, 5 Doth not behave itself unseemly, seeketh not her own, is not easily provoked, thinketh no evil; 6 Rejoiceth not in iniquity, but rejoiceth in the truth; 7 Beareth all things, believeth all things, hopeth all things, endureth all things.

Is it possible to love someone of the same sex in this way? Yes. Just as you can love a family member this way. You can care for someone very deeply, look out for them, and even give your own life to defend them. This is love. 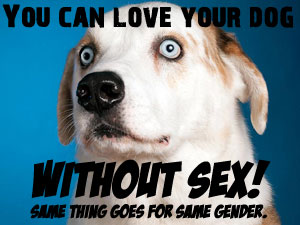 But the problem is that we seem to be confused about what homosexuality really is. Look at the word itself. It has the word sexuality in it.

Can you love someone without sex? Yes. Can you have sex without love? Yes. Love and sex are not the same thing. You could ask any prostitute this. Homosexuality is about sex, not love.

So lets separate the two thoughts.

22 Thou shalt not lie with mankind, as with womankind: it is abomination.

13 If a man also lie with mankind, as he lieth with a woman, both of them have committed an abomination: they shall surely be put to death; their blood shall be upon them.

But What About The Other Laws

Now when you point this out to someone who believes it is not a sin their first response is normally not to accept that the Bible says it is a sin and repent. Normally instead the first response is to make the claim that you are âcherry picking.â Choosing what law to follow.

In fact they will often ask you if you think they should be stoned and if you are going to be the one to do it. Of course this forgets that these punishments were not meant to be carried out vigilantly style. And while they may also mention other âunjust punishmentsâ they only show their ignorance and lack of righteous judgment.

It is in the book of the law that this is called a sin. In order to justify this sin they must do away with the law.

Another common way of trying to do this is by pointing out the sins of another in an attempt to make their own sin look less sinful. Itâs like saying âWe are both sinners, so we need to throw the law out together or else we are both going to have to submit to it!â 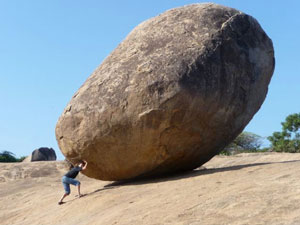 17 And it is easier for heaven and earth to pass, than one tittle of the law to fail.

No, the law will not change and is still very much in effect. But we need to know its purpose. It isnât to simply condemn us. It is to let us know we need a savior.

So yes, we have all broken the law. That doesnât mean the law is pointless. It means we all need Jesus. What is pointless is trying to justify our sins with the sins of another. Two wrongs never did make a right.

The reason the Bible tells us that we are no longer under the law is because once you become born again you donât need the law to tell you how to act. You will do those things naturally. You can read about this subject in more detail here Old Vs New Testament.

How Should We Act Then

It should be clear that the Bible says homosexuality is a sin. We all know that means it is something we should not do. But what about the world around us? Should we bake a cake for a same sex wedding? Should we sign the marriage license?

22 Hast thou faith? have it to thyself before God. Happy is he that condemneth not himself in that thing which he alloweth. 23 And he that doubteth is damned if he eat, because he eateth not of faith: for whatsoever is not of faith is sin.

These people are refusing because it would be a sin for them to do these things. This is true for 2 reasons.

2. If they believed it was not a sin to do these things because they were not actually condoning this (though they would be) then they would still be condemning themselves in what they publicly allow.

Either way the only way to keep themselves from sin is to refuse these things. This is not discrimination. It isnât because of the person making the request that they are refusing. It is because of their own convictions as to what is right and wrong. And to force someone to do what they believe is wrong is to violate them.

Should Christians Simply Resign Their Jobs

We need to look at the bigger picture. We canât just refuse to do our jobs, but we canât do everything requested either. So what do we do? Lets look at the example of Daniel. He did his job, but if something was wrong he would refuse and even openly defy that particular thing.

Obviously Daniel was not in a position to simply quit his job. But looking at the big picture we can see that simply leaving a job because we are asked to sin would lead to either Christians everywhere being jobless or to a world being segregated into religions.

It would be better (looking at the bigger picture) for Christians to simply do their jobs to the best of their ability and be accommodated by their employers for their beliefs. There are plenty of other bakeries and there are plenty of people willing to offer a license. Just move on.

But in all of this there is no reason for Christians to act in hatred or disrespect. Simply refuse and accept that you are in a situation like Shadrach, Meshach, and Abednego. There are plenty of people who have bowed down to the golden idolâ¦but no matter the consequence you must follow God and not man.

Do your job but do not disobey God. If you feel it would be better to leave your job then leave. But you are not doing wrong if you do not leave. As long as you continue to do your job in every area you can. It is not wrong to refuse sin while still working for your employer.

In fact, lets say you were in a situation where the government required you to sin. Would you leave the country? What happens when the whole world requires it? At some point you simply have to stand your ground where you are.

One last thoughtâ¦baking a cake in support of gay marriage is not the same thing as renting a house to someone that is a homosexual. Renting the house or providing clothing, food, or anything else like this does not put you in the position of having to choose if you support homosexuality or not.

Baking a cake with words on it saying congratulations on your marriage however is making a statement. So is signing your name to a marriage license. But every situation is different and should be handled properly. Christians should not support homosexuality, but they should not be hateful to people just because they sin either.


One response to “What Does The Bible Say About Homosexuality”