What Is A Pastor

It is not an easy job to be a leader of God’s people. He calls His people sheep. They wander off and get into trouble often. Then they run from the one who has been given charge of them to take care of them.

Now there are two types of leaders who tell the truth in the face of this kind of situation. The first is someone who doesn’t care about how the people feel or what they do with what he says. The second person tells the truth because he does care and wants them to be changed by the truth.

15And I will give you pastors according to mine heart, which shall feed you with knowledge and understanding.

9And moreover, because the preacher was wise, he still taught the people knowledge; yea, he gave good heed, and sought out, and set in order many proverbs. 10The preacher sought to find out acceptable words: and that which was written was upright, even words of truth.

The job of the pastor is to feed the flock knowledge. He is called by God to strengthen the church through preaching and teaching the truth. Without the preaching of the word of God we would lack the nourishment to stand against the lies of Satan. It is because of truth not being given that the bible declares God’s people are destroyed for lack of knowledge (Hosea 4:6).

He looked for acceptable words. He literally tried to find a way to speak to the people in a way that they could understand the truth and not only that but also accept it. The goal is not to speak truth. The goal is to speak truth in love for the purpose of changing the heart.

25But Jesus called them unto him, and said, Ye know that the princes of the Gentiles exercise dominion over them, and they that are great exercise authority upon them. 26But it shall not be so among you: but whosoever will be great among you, let him be your minister; 27And whosoever will be chief among you, let him be your servant: 28Even as the Son of man came not to be ministered unto, but to minister, and to give his life a ransom for many.

A pastor needs to have the heart of Jesus. Let me tell you about that heart. The ruler of heaven and earth…got on His knees to wash the feet of His friends. He gave His life for it. We have a God who is amazing in power and terrible in wrath. Yet He chooses to serve us.

We need the same heart. We are all servants to each other. Jesus is going to be just a prayer away in your time of need. He saves us when we call. He isnât all about fire and brimstoneâ¦He is also about kindness and gentleness. You will never find a more humble God. You will never find one that could wipe you out but chooses to save you.

A good pastor will have the sword of truth that could destroy you…but he will only use it gently to heal you. The wounds he inflicts will hurt but they drive out the poison of Satan and they heal easily.

I have known pastors who try to be the master instead of the servant. This is what the scripture says about them:

21For the pastors are become brutish, and have not sought the LORD: therefore they shall not prosper, and all their flocks shall be scattered.

They are called brutes, violent and dumb men. They think they are not to be questioned and act very much like an abusive person. They think they have authority in everything over people. But the truth is that the authority of the pastor is for serving and nothing else.

8For though I should boast somewhat more of our authority, which the Lord hath given us for edification, and not for your destruction, I should not be ashamed:

15 These things speak, and exhort, and rebuke with all authority. Let no man despise thee.

If you read Titus 2 you will see the things a pastor should speak, exhort, and rebuke with authority.

Now I want to leave you with one last thought on the subject of a Godly leader. They have been put in place by God. They are His messengers and part of the body of Christ. We should honor them as such! They spend their lives giving for you…should you not give for them? Honor should be given where it is due. 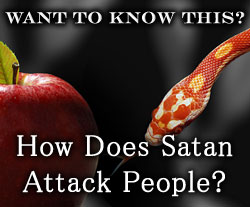