We tend to call it by many names. We call it a mistake, an accident, a weakness, and even a temptation. But sin is NONE of these. When we sin it is because we wanted to break the law, not because we did not know the law. We do not accidentally set our heart to do evil, we make the choice. Our inability to have self-control does not excuse us. But, just because we are TEMPTED to sin it does not mean we are already IN sin.

4 Whosoever committeth sin transgresseth also the law: for sin is the transgression of the law.

Transgression – An act that goes against a law, rule, or code of conduct; an offense. This means transgression is a breaking of the law.

Iniquity – Immoral or grossly unfair behavior. This word is often used in addition to the word wicked which means twisted. An example of iniquity is calling something that is evil good and calling good evil.

All transgression and iniquity is sin. It seems very easy to understand, doesnât it? Sin is being unrighteous. It is not living up to the standard of God’s Holiness. There are many who use the definition âmissing the mark.â This would certainly fit the case here.

What Is the Law of God

It seems easy to know what sin is, but when iniquity enters the picture things get wicked (twisted). Wrong suddenly seems right and good suddenly seems evil. We lose sight of what it means to be holy. 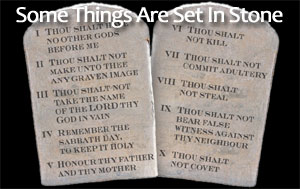 Have you ever wondered why we have laws? Think of what would happen without them. If we were given no declaration of right from wrong then we would have to decide for ourselves. This can be deadly since we could call good evil and evil good. We would fall into a state of chaos where everything depended on how you and I felt, but not on truth, which is absolute.

The law is truth. It is absolute. The law is the anchor that holds us firm to tell us what is good and what is not. So the law is good. It brings order to our world of uncertainty. It says thou shalt not, and it doesnât change based on who reads it. The law never changes.

12 And the Lord said unto Moses, Come up to me into the mount, and be there: and I will give thee tables of stone, and a law, and commandments which I have written; that thou mayest teach them.

18 For verily I say unto you, Till heaven and earth pass, one jot or one tittle shall in no wise pass from the law, till all be fulfilled.

The reason the law never changes is because it was given by a God who never changes. Some people like to believe that Jesus did away with the law. But this is certainly not the case. Because despite what anyone may have told you, the law was given by God (Jesus is God).

So the law is the word of God (which includes the 10 commandments). The word of God will not pass away, does not change, and it can tell us what is right and what is wrong.

What Are the Ten Commandments

Most people know at least a little bit about the 10 commandments. But, not many people know that these commands can be seen as headings with subheadings. The headings are these: 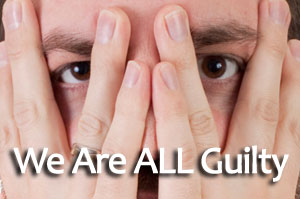 Again, these can be seen as headings for the 613 laws that fall under them. These 613 laws are called the Mitzvot. They include things such as not mixing wool and linen cloth as well as circumcision.

But before you think that being righteous comes by doing the law, let me point out the following:

Why is a man not justified by the works of the law?

20 Therefore by the deeds of the law there shall no flesh be justified in his sight: for by the law is the knowledge of sin.

Why Did God Give the Law

The law does 2 things. It tells us right from wrong, and it tells us that we have all sinned. No one other than Jesus has ever kept the whole law. This means we are all subject to death and eternal judgment. 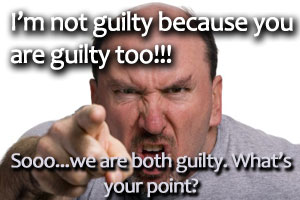 When we point out something as a sin, we must be willing to admit that we are not without guilt as well. I have found that when we declare what the Bible says to be sin we are often met with anger and defensiveness. For example, if you tell someone that the Bible says they are in sin you will often be told every other item in the law that would also condemn you.

It is common for people to point out your sins when they are trying to get the spotlight off of themselves. But the reality is that we are not the standard. The word of God is. Just because we are guilty does not mean it is alright for anyone else to be as well. We are ALL guilty and ALL need to acknowledge it.

There is a common saying that âonly God can judgeâ people. The Bible does not tell us not to judge between right and wrong, though. We are given the law by God to know and be able to judge what is good and what is evil. The fact is that we ARE to judge what is and is not a sin, but we are not to believe we are somehow immune to it ourselves.

Are We Still under the Law

In the book of Acts, chapter 15, we find the story of those who taught that to be saved we have to be circumcised, according to the law. The problem was not just the issue of circumcision, though. It was âdo we have to keep the law to be saved?â

This is the same issue that we are dealing with when we ask if there are certain laws we still have to follow as Christians. We do not get to pick and choose what we want to obey. The law is the law. But at the same time, we need to understand the reason for the law and who it is for.

13 For the promise, that he should be the heir of the world, was not to Abraham, or to his seed, through the law, but through the righteousness of faith. 14 For if they which are of the law be heirs, faith is made void, and the promise made of none effect: 15 Because the law worketh wrath: for where no law is, there is no transgression.

Let me try to explain these verses in a more simple way. We are not saved by doing what is in the law. Instead, we are only found to be unrighteous because we are human and will break the law. If we were able to be found righteous because we somehow kept the law then there would be no need for faith in Jesus. BUT obviously, we can not be saved by keeping the law due to our weakness.

Take note of verse 15. Do you see where it says, “where no law is, there is no transgression?” This means that if we are not under the law then we can not be held accountable for sin because there is no sin, … since the Bible says sin is the breaking of the law.

THAT, is the real reason for the law. It is to let us know we have a choice to make. We can either try to be justified by our works and attempt to gain salvation by our ability to keep the law (which we will fail at). Or, we can find a way to no longer be subject to the law.

19 Now we know that what things soever the law saith, it saith to them who are under the law: that every mouth may be stopped, and all the world may become guilty before God. 20 Therefore by the deeds of the law there shall no flesh be justified in his sight: for by the law is the knowledge of sin.

Remember that we said earlier the law will not be done away with? It is very much still in effect today. But the question is not if it is in effect. The question is WHO does it effect, and HOW?

By the way, even if we are not justified by our works we need to understand that this doesn’t mean we shouldn’t have those works. We will talk about that and will answer these other questions in the next studies.

Continue To Unit 2:3 – Old Testament vs New Testament OR


One response to “What Is Sin” 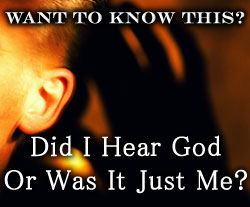