The Day Of The Lord – End Of The Millennium

After a time of one thousand years with Jesus ruling on Earth The Bible tells us Satan will be loosed from his prison and make war with Jesus and the saints.

7 And when the thousand years are expired, Satan shall be loosed out of his prison, And shall go out to deceive the nations which are in the four quarters of the earth, Gog, and Magog, to gather them together to battle: the number of whom is as the sand of the sea. And they went up on the breadth of the earth, and compassed the camp of the saints about, and the beloved city: and fire came down from God out of heaven, and devoured them.

Remember, in the last unit we showed that there were people still on Earth that didn’t live in Jerusalem and were not of the saints. These people will see Jesus rule from Jerusalem, but since Jesus comes back in bodily form they may just see Him as a normal man that they can defeat.

So Satan gathers all of them together. They have had a thousand years to have children and increase their numbers. But also remember that the life expectancy has also increased so there are more people being born than die. The result is a mass amount of people deceived by Satan into thinking they can defeat Jesus.

So they all surround Jerusalem at this time, towards the end of the thousand years. But before they even have a chance to charge the city they are burned with fire cast from God Himself out of Heaven.

It is here and now at the end of the thousand year reign of Jesus that God rips open the veil of heaven between Him and the earth. This causes the earth to be moved and all of the universe with it. All of the stars move, galaxies move, everything in creation is quite literally blown away at the presence of God Almighty who is no longer hidden behind the black veil of darkness.

This is the event God spoke of when He promised that He would never again flood the earth with water but would destroy it with fire.

26 Whose voice then shook the earth: but now he hath promised, saying, Yet once more I shake not the earth only, but also heaven. And this word, Yet once more, signifieth the removing of those things that are shaken, as of things that are made, that those things which cannot be shaken may remain. Wherefore we receiving a kingdom which cannot be moved, let us have grace, whereby we may serve God acceptably with reverence and godly fear: For our God is a consuming fire.

Before I give a few other verses I want you to take note of the last verse here. It tells us that God Himself is a consuming fire. So note that this consuming fire has stepped into the universe without hiding His glory. When God came to Moses He only showed Him a portion and the face of Moses became so bright the people couldn’t look at Him.

7 But the heavens and the earth, which are now, by the same word are kept in store, reserved unto fire against the day of judgment and perdition of ungodly men.

10 But the day of the Lord will come as a thief in the night; in the which the heavens shall pass away with a great noise, and the elements shall melt with fervent heat, the earth also and the works that are therein shall be burned up.

Again we find in these verses that the heavens will pass away and everything will be burned up. This event happens after the 1,000 year reign of Jesus when the wicked gather against the city.

Remember that in Hebrews 12 it tells us that God would only do this ONCE. It also tells us that this ONE time will be the time when nothing will remain except for that which can not be removed. And only one thing can never be destroyed… that which is spiritual.

Again, see in Revelation 20:7-9 that this event is said to take place AFTER the 1,000 years. It can not, therefore, happen at the return of Jesus at the beginning of the millennial reign.

What Is the Day of the Lord

Now we beseech you, brethren, by the coming of our Lord Jesus Christ, and by our gathering together unto him, That ye be not soon shaken in mind, or be troubled, neither by spirit, nor by word, nor by letter as from us, as that the day of Christ is at hand.

44 Therefore be ye also ready: for in such an hour as ye think not the Son of man cometh.

Peter gives us a HUGE clue here! Many people see this as a simple verse telling us that God isn’t worried about how long things take. Since the day and 1,000 years cancel each other out it seems like there would be no further meaning to it.

BUT, I want you to note that this verse is all about the return of Jesus AND the dissolving of heaven and earth. Peter is letting us know that the day of the Lord in scripture includes the ENTIRE 1,000 year period. The comparison to 1,000 years isn’t on accident. He could have said it was the same as 10,000 years. But he didn’t. He said 1,000 years because he was speaking of THAT DAY OF THE LORD.

8 For it is the day of the Lord’s vengeance, and the year of recompences for the controversy of Zion.

17 For the great day of his wrath is come; and who shall be able to stand?

In Isaiah it speaks of the day of the Lord’s vengeance and tells us that there is a year of recompenses in that day. In Revelation it tells us the day of His wrath has come, but reading on in Revelation we see this day of wrath stretched out over time as the judgments of God take time to fulfill.

This is VITAL to understand the details of end time prophecy! This is how we can understand how the scripture can say the heavens and earth will be burned with fire ONCE. Because the day of the Lord BEGINS with the return of Jesus and doesn’t end until 1,000 years later. Thus we see how the day of the Lord will come as a thief in the night, last 1,000 years, and end with the heavens and earth being burned with fire.

It is at this time that the devil and hell itself is cast into the lake of fire. I personally believe this lake of fire is created during this time. I see it as the melted universe burned by the wrath of God. But that’s just my theory on that.

It is also at this time that God creates a new heaven and new earth. We see the new Jerusalem spoken of in Revelation now being the eternal home of the saints with God Himself living in the midst of it.

So now we have covered a brief overview of end time events. So far in this unit we have seen the resurrection of the saints, the 1,000 year reign of Jesus, and the new Jerusalem that will last forever.

But you have probably noticed a few details have been left out. What about the tribulation? When and how does Jesus return? Is there a rapture? What about the Antichrist?

This was on purpose. It was important for us to understand the overview before going into detail. You now know enough to explain the end result of the end times prophecies. Unit 6B will cover the details we have not yet examined.

Continue To Unit 6B – Coming Soon OR 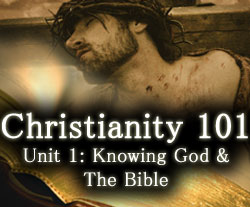