History of the Bible

This is sometimes hidden and hard to spot. Often, you will hear that bibles such as the NIV use the Latin Vulgate and such, but that they do not use the LXX. But, the fact is that the Latin Vulgate was a translation from the LXX! So be careful when you hear things like this. Itâs an illusion.

The belief is that the Septuagint (LXX for short) was translated from Hebrew into Greek by 72 Jews. They were said to have been from all 12 tribes of Israel. These men were commissioned to translate the scriptures a couple centuries before Jesus. But, this legend comes from only one source. It is originally mentioned only in the Letter of Aristeas. 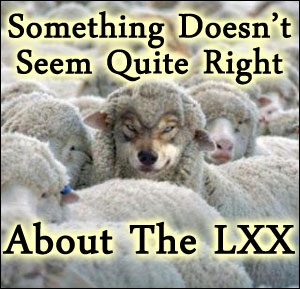 This in itself causes some suspicion around the LXX. Why supplant the original scriptures written in Hebrew, and any other version translated from them, unless the Greek was different?

The identity of the author is in question as well. It is unanimously agreed by scholars that the author is telling a lie about who he is. This is because of many lies in the document itself.

In this letter, it speaks of people who were exiled and died as if they were alive and in power. Historical events are also changed, such as battles which were lost that it says ended in victory. Even the date of its writing is in question. Many believe that the writer is actually a Jew trying to spread propaganda.

Bible scholar Bruce Metzger said, âMost scholars who have analyzed the letter have concluded that the author cannot have been the man he represented himself to be but was a Jew who wrote a fictitious account in order to enhance the importance of the Hebrew Scriptures by suggesting that a pagan king had recognized their significance and therefore arranged for their translation into Greek.â

From all of this information the letter can proven a fake. In fact, it may have even been written AFTER the time of Jesus and the Apostles. This is likely the case, because of its content which included the Apocryphal books (which are not cannon). Some of these books were written 2 centuries AD. So there is no reason to believe the LXX was used in the time of Jesus as many claim.

There are also no documents that actually exist today which show the LXX to have even been written at all. None, other than the Letter of Aristeas, and similar manuscripts that use this letter as their source. If someone translated from Hebrew to Greek and formed this LXX then no one has claimed it.

But again, if this LXX really existed before this time then those 72 scribes who wrote it included the Apocryphal books. This was BEFORE they were even written. It is believed by many that Origen translated from Hebrew to Greek himself, and called it the LXX. So again, the LXX is discredited as far as when it was supposedly written. 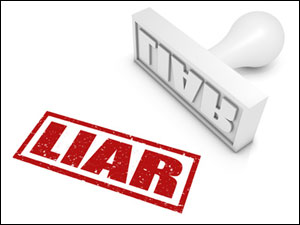 It has even been suggested that the LXX was never actually created. There may have never been 72 scribes who translated from the Hebrew into Greek to form it. Considering the only evidence we have of its existence is the fake Letter of Aristeas and Origenâs Hexapla, it is very possible!

Also, since it was the tribe of Levi that was in charge of the scriptures, it doesnât make sense that any other tribe would be used to translate it. It would not have seen as lawful to the Jews.

Then there are, of course, others who are quoted as saying the LXX existed. One who is often quoted is Philo. But, many believe Philo was the actual author of the Letter of Aristeas!

That is right. The question then must be asked, how can the LXX be translated FROM a document INTO the SAME document? Would that not mean it is not a translation, but a copy of itself? So it has no history.

The History of the Masoretic Text (the Documents KJV Comes From)

I have been very critical of the LXX. But what about the Masoretic Text from which we get the Old Testament in the KJV? Obviously, we donât have the originals there either. So it is not possible to know how close to the original the MT was.

But we do know that the MT was the authority for Rabbinic Judaism (it was the Jewish equivalent of cannon). These texts come from the Tanakh (or Mikra), which are said to be as old, or older, than 500 bc. These texts make up the MT, and the MT makes the KJV Old Testament.

So the scriptures of the MT was the cannon of the Hebrew scriptures, but the LXX was unknown altogether. The discovery of the Dead Sea Scrolls has also shown the MT to be almost identical to the Tanakh, but the LXX to be less identical.

And, if the MT was the cannon of Hebrew scriptures, that means the LXX is different from the cannon of the Hebrew Bible. Again, showing they are not in agreement.

This only happens when one has been changed. Given the history, it seems clear which one has been altered (or invented).

Other Objections to the MT

The main objections brought against the MT is only that it is different from the LXX. Other than that there are also objections because the oldest texts we have preserved are not as old as those of the LXX. Do you remember the example of the farmerâs dog that we gave in an earlier lesson? Age is not a good test for authenticity.

There are also other objections people have made such as saying the MT omits certain things. For example Hebrews 1:6 says âLet all the angels of God worship Him.â It is believed that this is a quote from Deuteronomy 32:43. However, the MT does not have these words in Deuteronomy. Does that mean the LXX is superior?

No, the question is not why it doesnât have the words quoted in this place, but why is it this place that we believe the writer of Hebrews is quoting from? Why not Psalm 148, or even other places where the Bible says let the sons of God worship Him? In fact, why could this not have been a paraphrase of other verses instead of a direct quote? FYI: The term sons of God also can be translated as angels and is in many places.

So could it be possible that the LXX simply added to the verse as it deemed appropriate? Did the writer believe this was the place to make the quote appear to come from?

And how about when the Bible says Abraham considered God able to raise Isaac from the dead when he went to offer him as a sacrifice, found in Hebrews 11:19? Is this information given in the Old Testament? Could it be that the God who told the Old Testament writers what to say was giving extra information in the New Testament? Could God not have said âLet all the angels of God worship Him?â and just not recorded it until that point?

Either way, it is clear that the LXX and the MT are from different backgrounds. But do they still give the same message? That is the real issue we need to address. This page was only meant to provide you with a brief history of the two texts used to translate the Old Testament of the Bible into English.

We will cover the differences in their message in the next study. 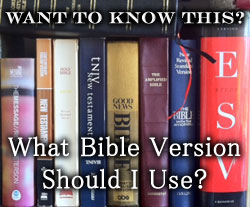 I met my husband on a phone site July 3 2014. 3 months after we met we got married. He was in work release and had a few months till he got out. When he got out we lived with a lady that had bone cancer and we moved in to help her out. Well, END_OF_DOCUMENT_TOKEN_TO_BE_REPLACED