The truth is that the only thing we seem to really be able to agree on is that it happens to all of us. But since the Bible talks about death donât you think we should have a little bit more solid of an understanding on the subject? What does the Bible say about death?

Since death was first introduced in the book of Genesis perhaps we should begin looking at the subject from there. Anyone who has read the Bible knows how death began in the world. Adam ate from the tree of knowledge. He disobeyed God, discovered an intimate knowledge of good and evil, and also knew that he had committed a sin.

The Definition of Death

We talked a little bit about this in unit 2:1. But we didnât exactly go into detail about what happened with death. The scripture is VERY clear here. God (who can not lie) told them that on the very same day they ate from that tree they would also die.

But the Bible says that they carried on their lives for hundreds of years after this event. And, the Bible doesnât say anything at all about them being resurrected here. So either the Bible is wrong, or our definition of death is not the same one that the Bible has.

Personally, I am going to believe that my definition is wrong. The Bible is the one that tells us what death is and when it began happening. Itâs the authority on this matter. Especially since God is the one who knows the real difference. Besides, we donât seem to have a firm enough grasp on it to really define it ourselves anyway.

Letâs use the process of elimination here. Since God does not lie they MUST have died that very same day. But, they carried on about their lives for hundreds of years after this. So we must throw out any definition that death is âfalling asleep, no longer being in existence, no longer being aware, or anything of that nature.â

This has major impacts on the doctrines of annihilationism and so on. Death simply does not mean a person ceases to exist. It also doesnât mean a person is no longer aware.

But Jesus said unto him, Follow me; and let the dead bury their dead.

Then said the Jews unto him, Now we know that thou hast a devil. Abraham is dead, and the prophets; and thou sayest, If a man keep my saying, he shall never taste of death. Art thou greater than our father Abraham, which is dead? and the prophets are dead: whom makest thou thyself?

The Bible says in these verses that some people we would normally call alive are actually dead. It also says those whom we would normally call dead are actually alive. Also, since the Bible is very clear that each of us has a soul, death does not necessarily mean the soul of a person has departed from their body. Even though the body does suffer death when this happens.

But she that liveth in pleasure is dead while she liveth.

This all means our definition of death should not simply be the spirit leaving the body. But how could Jesus say âlet the dead bury the dead?â

Obviously, you can be âdeadâ while still âlivingâ in this world. Again, it all depends on your definition of life and death. So what does the Bible tell us death really is?

And being not weak in faith, he considered not his own body now dead, when he was about an hundred years old, neither yet the deadness of Sarah’s womb:

Here we see the Bible saying that the body of Abraham was dead and so was the womb of Sarah. Why? It was because Abraham could no longer âperformâ in the bedroom, and Sarah could no longer produce a child. So the real question we need to ask is why did they call these things âdead?â

Itâs because they were now broken down from once being “able” to now being “unable.” So here is one definition the Bible gives us of death. It is being broken down and deteriorated from being healthy, vibrant, and useful. It is turning into something less than itâs original, brand new condition.

And as concerning that he raised him up from the dead, now no more to return to corruption, he said on this wise, I will give you the sure mercies of David.

Here we also see the Bible give us the definition of death. It is corruption. Again, this means it is a deterioration. The body begins to grow old, eventually, it loses its ability to function. Then it completely breaks down as the heart stops, it rots and turns to dust.

This is why God said that they died that very day. What was perfect had now become corrupt. Their bodies began to break down. Did you know that a thin layer of dead skin covers all of us? Their body began to break down and the rotting flesh of dead skin covered them. They died that day because the real definition of death is to become corrupt and to be broken down, rotting away.

The only reason we do not drop to the floor right now is because of the mercy of God. He not only gave us life but also gave us bodies that could fight against death for a time, by the renewal of our skin and health. Our bodies literally take the air we breathe and the food we eat to renew itself every day. This is why the Bible says âthe life of the body is in the blood.â Itâs because air and nutrients are carried through our blood to keep us fighting.

But our bodies are still fighting a losing battle. We will eventually break down to the point that our bodies no longer even resemble what they used to be. We turn to dust.

The First and Second Death

And as it is appointed unto men once to die, but after this the judgment:

We all die. We all rot away. But not all of us die twice. Let me explain that.

Our bodies will turn to dust. This is the death that all men are appointed to. But we are not just our bodies. We have a soul as well.

When the body dies (breaks down into being unable to renew itself any longer) the spirit departs it. This is why we say a person is âdeadâ when the body stops working. It is because the body has lost all of its ability to function. It doesnât even have a pulse any longer. And so the soul returns to God.

At this point, we reach the judgment. Will God allow our soul to live or will He cast us into hell to once again experience death (continual corruption, breaking down, and rotting) the second time?

Some may believe that hell is not eternal torment. They believe the soul will simply vanish. But remember, death isnât non-existence. Even the body which died still exists. It has just broken down into dust. But it is still there.

So if the body breaks down to the point that there is no more pain shouldnât our souls also break down like that? Well, thatâs why hell is such a scary thing. What is the soul made out of? What would it break down into? It isnât made from dust. It doesnât feel pain because of nerves that can be turned to dust.

The soul can never break down to the point that it doesnât feel pain. Because there is nothing physical for it to break down into. The soul is the very essence of who a person is. It is our mind, will, and emotion. It is our energy, or life force, that gives animation to our bodies. Energy can not break down into a lesser form.

Energy CAN, however, become unusable. The 3 laws of thermodynamics show us this. It may also be a good idea to look into the second law which is called âEntropyâ to see that when usable energy (to renew skin and so on) is used up chaos is the result.

Why Hell Is Eternal Torment

It is because the soul can not vanish and can not break down, physically, to feel less pain that makes hell eternal torment. A person’s soul will last forever in that place. That soul will still die, though, because the death of the soul is the corruption and rotting of your sanity, your will, your emotions, and everything that you are. You will also suffer the pain of fire and darkness all around you, while you also suffer the madness inside.

Thank God that He has provided a way to save our souls from the second death. Even our bodies which will die the first death can be raised to new life. But the soul that is already corrupt having never been made right with God will suffer for all of eternity.

Continue To Unit 2:8 – What Does the Bible Say about Hell OR 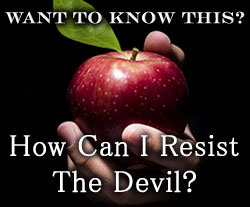