When Is The Rapture

One of the biggest questions people have about end time prophecy is when does the rapture of the church and the second coming of Christ happen? This has been the question on the minds of people since Jesus was raised from the dead. There are so many that believe in a pre-tribulation rapture that we have songs that promote this view.

But just because this view is promoted so well does not mean it is true. We need to know what the Bible says about the rapture of the church if we hope to have a firm grasp on it.

First we need to understand what the rapture is. The word means caught up. You will not find this word in the Bible but that does not mean it isn’t talked about. The Bible does actually speak of the church being caught up or put another way, raptured. The question however is when does that occur?

A Word Of Warning 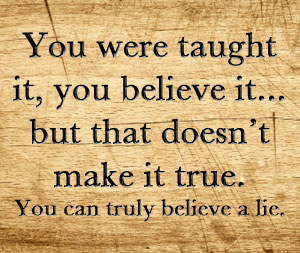 There are a lot of scriptures that tell us about the second coming of Jesus and the gathering of the church to Him. I should point out that many teach based on assumption rather than scripture though. Since they assume one thing must be true based on their limited view (we all have a limited view) they must make everything in the Bible fit with that view.

This is not because they mean to teach what is not true. In fact they teach things like this because they really do believe it is true. So before we go into what the scripture says I encourage you to remember one thing taken from a verse of scripture.

If we believe something to be true that does not mean it is. Only the word of God is true. We sometimes try to make scripture fit our belief without knowing it. But if we test our belief with the whole of scripture then we can know the truth and it can set us free. So if something in the Bible does not agree with our belief then we need to change our belief and not try to go beyond what is written in scripture (like Balak in the book of Numbers tried) to change its clear meaning.

Clues About The Rapture Of The Church

So what can we get out of the scriptures?

51 Behold, I shew you a mystery; We shall not all sleep, but we shall all be changed, 52 In a moment, in the twinkling of an eye, at the last trump: for the trumpet shall sound, and the dead shall be raised incorruptible, and we shall be changed. 53 For this corruptible must put on incorruption, and this mortal must put on immortality. 54 So when this corruptible shall have put on incorruption, and this mortal shall have put on immortality, then shall be brought to pass the saying that is written, Death is swallowed up in victory. 55 O death, where is thy sting? O grave, where is thy victory?

Our first clue shows us not all Christians will die before the trumpet sounds and the dead are raised. It also shows us that we will be changed at this time to be incorruptible and immortal. Finally it shows us that this all happens at the last trump AND when death is swallowed up in victory (death is defeated). 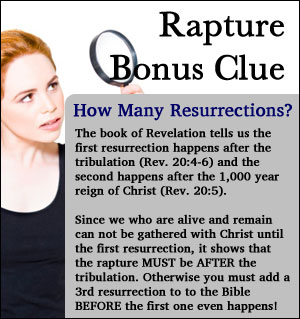 13 But I would not have you to be ignorant, brethren, concerning them which are asleep, that ye sorrow not, even as others which have no hope.14 For if we believe that Jesus died and rose again, even so them also which sleep in Jesus will God bring with him.15 For this we say unto you by the word of the Lord, that we which are alive and remain unto the coming of the Lord shall not prevent them which are asleep.16 For the Lord himself shall descend from heaven with a shout, with the voice of the archangel, and with the trump of God: and the dead in Christ shall rise first:17 Then we which are alive and remain shall be caught up together with them in the clouds, to meet the Lord in the air: and so shall we ever be with the Lord.18 Wherefore comfort one another with these words.

This passage of scripture gives us some more clues and offers a little more information on what happens when the church is caught up. First we see that God will bring the dead in Christ with Him. Second we see again that there are those who remain alive and the living will not stop the dead. Third we see that Jesus will descend from heaven with a shout and with the sound of the trumpet. Forth we see this is when the dead rise and after that the living in Christ are gathered together with them all in the clouds (remember also Jesus was said to return in the clouds). Fifth we see that this is when we will forever be with Jesus.

27 For as the lightning cometh out of the east, and shineth even unto the west; so shall also the coming of the Son of man be.28 For wheresoever the carcase is, there will the eagles be gathered together.29 Immediately after the tribulation of those days shall the sun be darkened, and the moon shall not give her light, and the stars shall fall from heaven, and the powers of the heavens shall be shaken:30 And then shall appear the sign of the Son of man in heaven: and then shall all the tribes of the earth mourn, and they shall see the Son of man coming in the clouds of heaven with power and great glory.31 And he shall send his angels with a great sound of a trumpet, and they shall gather together his elect from the four winds, from one end of heaven to the other.

Here again we have some very strong clues about the gathering of the church and second coming of Christ.

First we see that this event is not a hidden or secret event but rather visible to the ends of the earth.

Second we see that this event is after the tribulation AND after the sun is darkened, the moon goes dark, the stars fall, and the powers of heaven are shaken. Again, we do not see Jesus return until AFTER these events which take place AFTER the tribulation. Then we see Jesus return in the clouds. It is at this point that we see the sound of the trumpet, and the gathering of the saints from the ends of heaven.

Here is a passage that also talks about the return of Jesus. Here we see Him come with His saints. But we see something else many people miss. We see that when He returns and takes His place as ruler of earth it does not happen all at once. People actually have time to flee. Of course they will not survive but there is time that they have after He returns.

Lets bring it all together 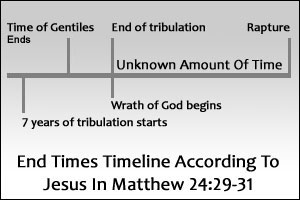 Let me just explain something about the time line of events a little bit. Many people believe that the seven year period of what the Bible calls tribulation ends with the grand finale. This is not what the Bible says though. Instead the end of the tribulation leads into a time of wrath poured out from God. That is right…I said there is an undisclosed amount of time after the tribulation where God pours out wrath (Remember Zechariah 14:5).

Immediately after the tribulation of those days shall the sun be darkened, and the moon shall not give her light, and the stars shall fall from heaven, and the powers of the heavens shall be shaken: And then shall appear the sign of the Son of man in heaven: and then shall all the tribes of the earth mourn, and they shall see the Son of man coming in the clouds of heaven with power and great glory. And he shall send his angels with a great sound of a trumpet, and they shall gather together his elect from the four winds, from one end of heaven to the other.

After the tribulation a few things happen. The sun is darkened and moon doesn’t give light, the stars also fall. This happens in the sixth seal just before the trumpets (we will go over these in detail in a future study). The 144,000 are sealed then as well and protected from the future wrath of the trumpets.

2 And I saw another angel ascending from the east, having the seal of the living God: and he cried with a loud voice to the four angels, to whom it was given to hurt the earth and the sea, 3 Saying, Hurt not the earth, neither the sea, nor the trees, till we have sealed the servants of our God in their foreheads.

4 And it was commanded them that they should not hurt the grass of the earth, neither any green thing, neither any tree; but only those men which have not the seal of God in their foreheads.

During the trumpets the powers of heaven are shaken. Finally the last trumpet sounds and the day of the second coming happens. A terrible day of wrath in that day bowls of wrath are to be poured out and again we see the heavens shake. THEN in that same day we are gathered at the sound of that trumpet.

So we have seen through scripture that the rapture of the church takes place at the last trumpet (the 7th trumpet in Revelation). We also can see that this trumpet is not blown until AFTER the 7 year tribulation. This means a pre-tribulation rapture is not supported.

Of course there are a lot of questions you may have. In fact, I will be covering some of those questions in the next study. Because there are two things I feel must be addressed due to the amount of misinformation out there. In the next study I will explain why the second coming of Jesus and the rapture of the church are not two different events as many claim. In future studies I will also explain why I say there is a period of time after the tribulation.

Continue To Unit 6B:3 – Are The Rapture And Second Coming Separate Events OR


2 responses to “When Is The Rapture” 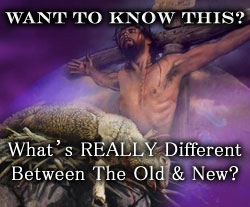