The Knowledge of Good and Evil

When we consider right and wrong, righteousness and unrighteousness, we have to ask a few questions. The very first question may not be obvious to many people. That question is âWho has the authority to say what is right and what is wrong?â

The belief that right and wrong are relative is flawed on many levels. But, that still leaves us with the original question. Who gets to say what is right, and what is not?

The very first law ever given to man was not to eat of a certain tree. This was the first law that mankind had ever heard. It came with the instruction of what was good, what was bad, and what the penalty for doing evil was. Take special note of who gave this law.

God seems to think that He has the authority to decide what is right, and what is wrong. If God did not tell them to stay away from that tree then no law would have been broken. There would be none to break. No penalty would be needed.

15 Because the law worketh wrath: for where no law is, there is no transgression.

Why Did God Make the Tree of Knowledge

Now, our first thought might be, âWhy did God give us the law then? Wouldnât it have been better not to have any law?â 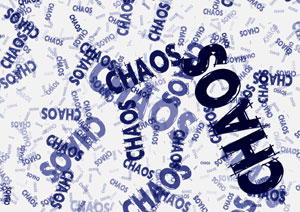 On the surface, it may seem like a logical argument. But, consider a universe with no law. Consider our planet with no law of gravity to hold it together. Think of our bodies with no bond to hold our cells together. And, consider God Himself with all of His power acting without restraint toward us.

Do you get the picture now that without law there is no order? Without order, there can also be no intelligent existence. Nothing would have a purpose, and nothing would join together to form anything. All we would have, … is nothing.

There was one thing missing that would make man completely like God. Man had to have the same choices that God did. That means man had to have the ability to sin, but the righteousness not to do so. Now, I know the first thing someone is going to say is âBUT GOD CAN NOT SIN OR BE TEMPTED TO SIN!â

But the truth is that even without being tempted to do something you can still have the choice. I am not the least bit tempted to run screaming âThe Martians have landed!â through the streets. But, I do have the choice to do so if I desire. Thanks be to God that I have my right mind about me!

Suddenly, man had the choice to be righteous or to sin. Just as God has the choice, though He is not tempted. Now when you read the story you need to understand something. Adam and Eve were not tempted until the snake came along. They had no desire to disobey God.

13 Let no man say when he is tempted, I am tempted of God: for God cannot be tempted with evil, neither tempteth he any man:

The Intimate Knowledge of Evil

One mistake people make (I have made it myself) is thinking that Adam and Eve did not know right from wrong before they ate of that tree. The truth is that they DID know right from wrong. They knew God said not to eat from it and that it would be wrong to disobey God. Not only that, but they knew the penalty was death.

The knowledge that they lacked, however, was to know what it was to actually, personally be evil. They didnât have an intimate knowledge of what it was to be in sin. They did not know the feeling of death, guilt, or fear. Why should they? They were holy and righteous. 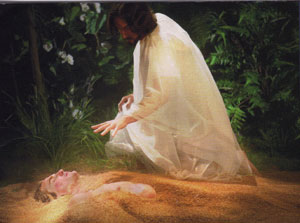 Just like God, they knew at this point what sin was, … but they had not taken part in sin. This is why that tree was there in my opinion. It was there to crown them with honor in that they knew it was there, yet would not eat of it for the love of their God. It would have been a great testimony of righteousness and honor for them.

But, we know the story. The snake came and tempted them. They were perfect. But they still fell. They did not sin because they were imperfect. They sinned because they made the choice to put off their perfection to know evil. In contrast, Jesus refused to put off perfection and was sinless even though Satan came to tempt Him as well.

Suddenly, their eyes were opened to their shame and guilt. Just like a person with a guilty conscience they began to try to hide in clothes and in the leaves. If they had a shower they would no doubt have tried to wash away the feeling of dirt on them. They now had not only a knowledge of what was right and wrong, … they had an intimate knowledge of what it was to be fallen from good to evil.

Perhaps this is the difference between a child who disobeys his parents and an adult who does the same? The child knows right from wrong. They know it is wrong to lie and to disobey. Yet we call them innocent. Why? Because their eyes are not yet opened to the difference. They do not yet have that intimate knowledge of evil, that feeling of guilt and dirt, that shame. They are still learning and growing.

God created all things. That means all things belong to Him. This includes you and I. It is His place to set out the rules of right and wrong. He does this out of love to keep us safe. If Adam and Eve had listened then they would not have died. They would have shown honor and love to God, their Father.

God has given us the law. He has told us what a sin is. He says, âThis is a sin, and this is righteousness.â It is for our good. We can choose to honor Him or disobey Him. But, the authority to say what is right and wrong belongs only to the one who owns all things.

1 The earth is the Lord’s, and the fulness thereof; the world, and they that dwell therein.


2 responses to “The Knowledge of Good and Evil” 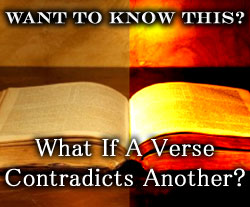