Does the Bible really teach that the guilt of someone can be passed on to someone else? Look at Jesus. Didnât the Bible say that He took our guilt on Himself and placed His righteousness on us? Isnât it wrong to allow the innocent to suffer in order to justify the wicked?

This may be one of the hardest things to explain. Because, the church has believed the Bible says things that it does NOT for centuries. The doctrine of âOriginal Sinâ has been polluting the church for a very long time. Because of this, Christians (including myself) often use terminology that isnât accurate.

But, while you may be able to deny what a Christian BELIEVES you can not deny what the Bible actually SAYS. Here is a wake up call, â¦ Christians are people, and people have messed up thinking. So, you have to decide if it is the PEOPLE or the BIBLE that you need to examine.

Personally, I know that people are faulty. I would never claim an apple tree was bad if I found an apple on the ground with a worm in it. It was the apple, not the tree, that went bad.

I have spent a great deal of time and attention to the subject of âOriginal Sin.â I can tell you that the idea of âoriginal sinâ is that the guilt of the father is passed down to their children. 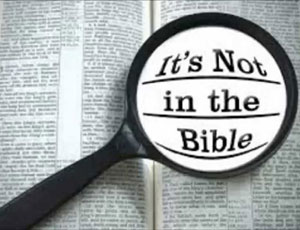 This is something that the Bible NEVER teaches! In fact, the Bible teaches the opposite! If you read Ezekiel 18:1-20, but specifically 17-20 you see God put it very directly that this is WRONG.

So why do many Christians believe the Bible teaches it? Romans 5:12-14 is a set of verses that have been used to justify this false doctrine. But, the verses do not actually teach what many claim they do. It is an error of assumption. It is adding meaning to the verses without reason (other than predisposition).

Please see these two links for more on that subject. Original Sin and Romans 5.

By the way, the term scapegoat was coined from the Bible. I will include a link soon to explain the subject, and why it is not understood properly.

So, if guilt is not transferable, then why is righteousness?

Is it? Let me quote another place from this website:

âJesus NEVER actually became GUILTY of our sins. The confusion here comes from not understanding the difference between being righteous yourself and having righteousness purchased for you. The definition of guilt is a fact of having committed a crime. If Jesus had become guilty of our sins then we would be saying HE committed those crimes. Thus He also would need to be saved.â

You can find more on the subject at: FAQ AND Objections To Original Sin.

The verses you WILL find use the words forgiven, cleansed, made righteous, and so on. These words do not indicate that you never sinned. They only indicate that you were FORGIVEN of your sin. Therefore, the debt of death that you owe has been canceled.

So, the righteousness that a person receives when they are forgiven is due to their slate being wiped clean. Their slate is wiped clean because their debt was paid. It isnât a transfer, itâs a gift. The only transfer that was made is His death for ours.

Why Did God Require the Death of the Innocent

Couldnât God have just wiped the guilt of man away instead of requiring a sacrifice? Couldnât men have simply repented and asked God for forgiveness? Why did Jesus have to die, if God was just going to forgive people anyway?

If my friend volunteered to be executed because I killed someone, that wouldn’t be justice because the one committing the crime isn’t the one being punished or reformed. Doesnât justice REQUIRE the GUILTY to pay the debt? 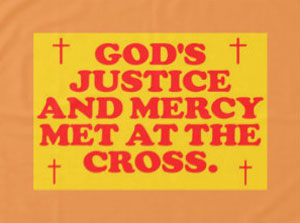 On the surface this seems like a logical question. If God said âAn eye for an eye, and a tooth for a tooth.â Then could He be righteous if He went against those words? No, He would be called a liar.

Sin has consequences. Even after someone has been forgiven of a crime by the victims they still serve time in jail. This is because, forgiven or not, there are still consequences to our actions.

One of the greatest consequences of our actions is the ripple of sin, and how it effects others for eternity. If I cause someone to stumble, and to choose Hell, then my sin may be forgiven, but how is God going to give justice to the one in Hell?

Yes, God does grant justice to all. Thatâs because God is a just God. So, do I have to suffer too? Well, yes, IF it were not for Jesus!

Think about that for a second. The person in Hell had the same chance that I did to be saved. We both deserved death for our OWN sins. We BOTH had a chance to be forgiven.

Think about the example I gave above about my friend being executed for me. Now, think of this, the victim that I killed had also killed someone else in the past. He was guilty of his own sin.

Who is requesting vengeance? Often it is the victims family. But, letâs assume that each member of that family were also murderers. Do they have the right to request vengeance on me without also having vengeance done on them? Such a thought is hypocritical.

So, here we are. We are all guilty. We can all be executed, or we can all admit to needing forgiveness.

There is only one problem. If we are all guilty then we all must pay the price for our guilt. Mercy may be willing to forgive and forget, but justice must still be served.

You canât die in my place, because you are also guilty of murder. I canât die in your place because I am guilty too. If justice is to be served then we must each pay for our own crimes.

But then enters my friend, who has NOT killed anyone. He offers to take my place, and your place. Justice and mercy are now head to head. How can both be satisfied? 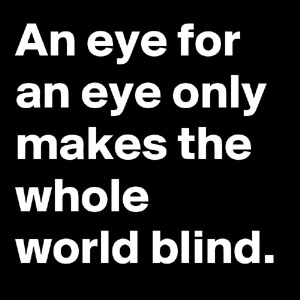 Justice says âA crime was committed and the guilty must pay.â

Mercy says âAll are guilty, so all must die. But, what if we can drop the charges?â

Justice says âHow could we do that?â

Mercy replies âIf I take their place in being executed then the killing stops. No one will be responsible for my death, because I choose to do so freely. But they can choose to accept my sacrifice for them rather than request vengeance on each other, or they can deny my sacrifice and still require vengeance on the actual criminal. Which means they must accept vengeance being taken on them as well, since they are guilty too.

So he who accepts my sacrifice and forgives will be forgiven, while he that does not must accept vengeance on himself.

In this way God is both just, and merciful. God let Jesus take our place under these conditions. 1. It was on His own freewill. 2. The people must forgive each other or still have vengeance taken out on them. 3. It was a sacrifice for forgiveness, not a transfer of guilt.

âLet he who is without sin cast the first stone.â We all deserve death. Why should we ask for vengeance on our enemy when we need forgiveness too?

If you want to learn more on the subject please see: What Is Sin, Why Are All Guilty before God, What Is Death, and Would a Loving God Send People To Hell.

To Sum This Up

Guilt and righteousness can not be transferred. Justice and mercy must both be satisfied. All are guilty. The sacrifice of Jesus was of His own freewill. Forgiveness cleans the slate and places a new righteousness on a person as though they had not sinned. Justice was satisfied by Jesus accepting the death that we all deserved. Mercy was satisfied by Jesus granting forgiveness to those who repent and do not request vengeance on others rather than that they also would come to Jesus for forgiveness.

This is not vicarious redemption. This is payment, forgiveness, justice, and mercy all rolled into one. We are made righteous by being forgiven, not by having our guilt placed on another. Jesus took our death, but was not guilty. Jesus took our sins (the death that comes from it), but not the GUILT of those sins.


One response to “Is Vicarious Redemption Immoral”